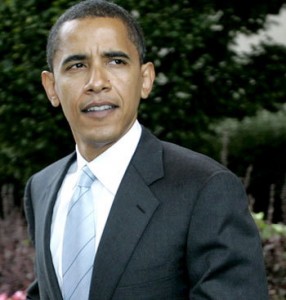 If the First Lady’s vacation to Europe wasn’t enough to raise Americans’ eyebrows, now her Presidential hubby is making America’s blood boil. On Saturday, August 14, Pres. Barack Obama made headlines for supporting the building of an Islamic mosque in New York. Of course, one asks exactly how that would upset Americans, right? Well, not only would this mosque be built in New York, but only TWO blocks from where the al Qaeda terror attacks occurred on 9/11. During his speech at the Gulf  Coast, Obama informed attendees that his support was not specifically for the location of the building, but for the rights of Muslims to practice their religion freely.

Most Americans weren’t having it. Those opposed to it included figures ranging from top Republicans like Sarah Palin and Newt Gingrich to the Anti-Defamation League (a Jewish civil rights organization) went against President Obama’s decision. But despite many opposing citizens in this situation, Obama has the support of many politicians, both Republican AND Democratic, and (get this) families of 9/11 victims are speaking in his favor. Says one Colleen Kelly of Bronx, NY, who lost her brother in the attacks: “This is the voice of Islam that I believe needs a wider audience….this is what moderate Islam is all about.”

Although Obama’s efforts to support this $100 million mosque project is causing Americans’ minds to go awry, there is an undeniable truth when he states that “this is America, and our commitment to religious freedom must be unshakable.” Furthermore, al Qaeda does NOT represent Islam as a whole…that would be the same as the Japanese seeing McDonald’s as our only means of dietary sustenance. Obama’s statements and support shows his clear and distinct knowledge for the religious liberty to ALL Americans, and what could be more patriotic than that? Let me hear YOUR comments on this issue!

If you are experiencing hurt, depression, or anger more often than is comfortable, please visit our website and take the Dr. Owens, Pre-Screen Mental Health Assessment and check your mental health status!