Learn More
|
| 1 Comment
On her Father’s deathbed,  a Woman Confesses About How He Sexually Abused Her………. 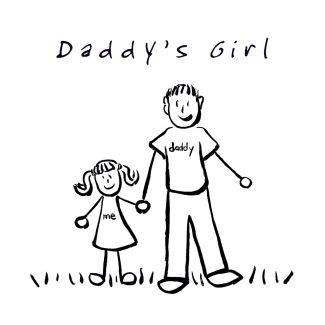 It is time to break the silence!On her Father's deathbed, a Woman Confesses About How He Sexually Abused Her..........

Last week a woman called my office to speak directly to me.  My staff always queries to see if the primary problem is  anxiety, depression, psychosis or substance abuse.   She refused to talk to my staff and wanted to only speak directly with me.  At this point, the staff was almost sure that there was some type of bad relationship problem.   I asked my staff why was she calling, and they explained to me that she would not disclose any clinical  information to either of them. Once I picked up the phone, none the less a little irritated I might add, I began to hear her dreaded story.  She shared with me that her mother left when she was young, and she was the eldest child in her family.  Her father was a  Pastor and they had a small church in a major metropolitan city.  She reports that she would cook, clean and do a little more than normal chores because her mother was gone. I could not figure out whether her mother was deceased or had just left them.  I told the lady that I had to go because I  don’t do therapy over the phone, expecially with people that are NOT my patients.

She refused to hang-up and I just did not think it was a good idea for me to abruptly end the phone-conversation.  She then continued and stated that the dynamics changed as she began to develop more as a young lady. I asked her what dynamics. She then told me that when she was in the eighth and ninth grades her father would sit her on the washing machine and check her. She explained to me that he would check her vagina, with a flashlight, to be sure that she was not having sex. I was flabbergasted. First off, I reminded that lady that she was not my patient and that she should come in face-to-face to work through these issues. She then began to cry. I asked her if I had offended her she said no, but he started it when I was in the eleventh grade.  “He started what,” I asked. She responded, “Having sex with me because he did not want me to get pregnant by any of my high school friends.” I believed the young woman.  I asked her why had she called today and what did she need from me? She responded, “He is currently dying and I need these wounds to heal.”

The caller then hung-up and has never called back again. All I could think  was, “Some Wounds Just Might Not Heal!’ That brief conversation with me is just simply not enough to start the process of catharsis.  If you are out there and happen to be reading this post, feel free to call any mental health provider to get the much needed help that you need.

We at AskDrO.com are strong believers in a healthy mind and healthy body. Being the victim of ANY kind of abuse causes depression, anxiety, anger and other mental issues. If you have been a victim of abuse and feel you are experiencing symptoms of anger or depression, take the Dr. Owens Mental Health Prescreen Assessment and check your mental status today! Remember, we are here for you!