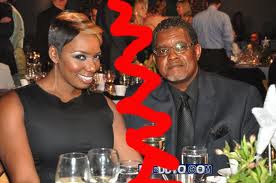 I am so sick of that weak Black Man, Greg!  NeNe it is time to move-on. I know that you don’t want your kids to be from a broken home, but yes NENE you did marry a “damn monster,Greg!”

10 Warning Signs that it is time to move-on

If you have experienced any (3) of the above, it is now time to move-on. This may be difficult but you have to do it for yourself. On the other hand, if you have not been committed yourself, you may want to have a talk with your spouse/partner. Yes, some relationships are worth fighting for but the other party has got to want to engage or re-engage you. As you can see in NeNe’s case, Greg is just about to destroy her, but she should have left after the little episode he had with Dwight. You certainly have to process divorce, but you also must be happy.

Do you think NeNe should move-on? Would you stay with Greg? Is Greg unattractive and nasty looking to you with that Curl? How much should one person have to take? Does NeNe have low self-esteem?Let me hear your thoughts on this one!