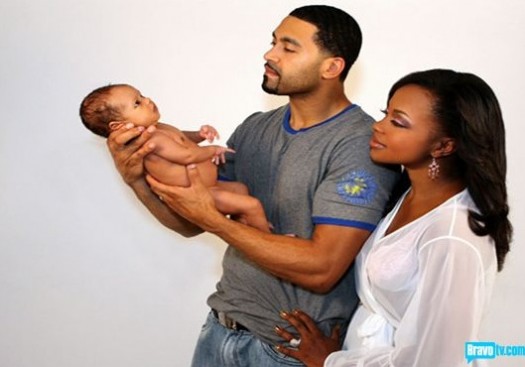 As many of you may or may not know, I really like the class, sophistication and provocativeness of this great Entertainment Attorney in Atlanta.  She steals the show on the Real Housewives of Atlanta. A lot of people see Phaedra as being an empty, dizzy and arrogant Southern Belle, but she is actually much to the opposite. Phaedra is good at what she does in that she provides us with the imagery that many viewers just love to hate.  However, she actually keeps us begging and coming back for more of the  Atlanta Housewives drama.  For example, if you took Phaedra and Apollo’s storyline out of RHOA, I believe that the ratings for this show would  suffer drastically.  You may ask, “Dr.O are your statements based in fact?” My answer would be emphatically yes!  Any posts of Phaedra Parks, on this blog, gets traffic-traffic and more traffic.

A lot of people are now resounding that she has little or no “maternal instinct.” This is NOT true; ust observe how she tracks and looks at her child.  Yes, she makes off-the-wall statements sometimes, but that is  just her communication style and a defense mechanism for her fear of being an unsuccessful mother.  This can be confirmed by her statement, “I’m sorta chained to this baby, we will see how this works out!” Well, she can’t take the baby back and neither does she want to under any circumstance.

Actually many of us are born with innate genes that simply have to be developed within our individual environments. Case in point, I was not born a Physician, but there had to be a certain set of  genes present for me to be successful at this task.   Human development, in all aspects, takes place over time.  Believe it or not, motherhood and fatherhood are much the same as any new phenomena exposed to any person. They both have to be properly developed over time if a parent is going to be successful.

So why is her motherhood perceived as aloof and a  distant?   In my clinical opinion there are two reasons: (1 ) Phaedra is afraid of failing and (2) Her maternal instincts have to be developed within her new environment of Motherhood.  Phaedra has what it takes to be a great mother.  If she can practice law, in a city such as Atlanta, she will do what it takes to make her child successful and equipped for what life has to offer. By the way, Phaedra and Apollo will provide a perfect balance for this child. What she is seemingly missing, in the jury of public opinion, her husband Apollo certainly provides.  However, because she is a mother of advanced maternal age (not a bad thing) this part of her psyche NOW has to be developed. Remember people “Human Development”  takes place over time and is certainly intertwined with our experiences. Some things, such as motherhood, REQUIRES training through the environment. Don’t let the devil fool you, yes Phaedra is a prominent and strong lawyer, but she loves her family too, including her new baby!

We will have to continue to watch her weekly, with her new son, in their process of BONDING. This is a very unique process that starts, for most,  in-utero. This  is an interesting phenomena within itself.  Let’s sit back, relax and give this new mother an opportunity to become “all that we want her to be.” Phaedra is a new mother with her first baby. This is not a very easy process, but don’t let the devil fool you. Phaedra is very smart and wise and she certainly understands the concept of nature vs. nurture. If you don’t believe me just watch the interactions between Phaedra and her own mother. They really enjoy and love each other.

And Finally, Phaedra gets a B+ as a new 21st Century working mother……Enough Said!

Do you agree with my analysis? Do you have a different perspectives on what you are seeing with Phaedra and her baby? Do you expect Phaedra to fail as a mother? Do you think that she is a little too grand for “true Motherhood?” Let me hear from you…..