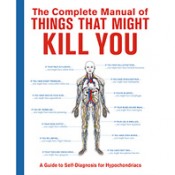 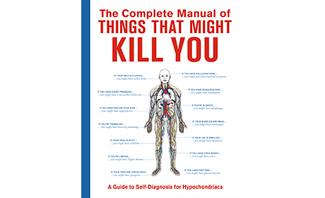 Are you or your best friend constantly bothered by some form of illness daily? Are you addicted to “House” and or “Grey’s Anatomy?”  Was “ER” your favorite show in the 90s?  Do you find yourself always checking the internet for the disease that goes with your symptoms?  Do you have more than 4 physician visits for wellness each year?   Do you exhaust your deductible yearly before January 31?

If you are having multiple work-ups and they have all been negative, then you may be a prime candidate for hypochondriasis. This is an official disorder in the DSM-IV.  Several persons out there may have a mild form of the disease.  This diagnosis should be considered if  you are having multiple work-ups that are actually returning negative, but you still have symptoms.  It is important to make this diagnosis because the treatment plan,  prior to more expensive tests, should include work with a mental health provider.

Here Are Things to Look For:

Many individuals go through periods of depression, anxiety, or other mental issues and don’t recognize the signs or symptoms.  It is sometime easier to focus on physical signs and symptoms as opposed to mental distress.   The comfort in knowing a problem exists and can be fixed comes from checking your mental status. Try taking the Dr. Owens Mental Health Prescreen Assessment and start feeling better right now!