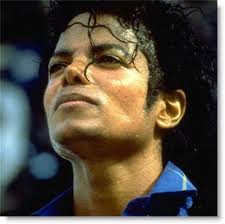 I have been silent on the issues for a while now but my readers are forcing me to render and opinion in the case.  Many of us have heard the old saying, “Where there is smoke there is fire!”  As a forensic Psychiatrist I am trained to look at the facts of a case and depositions a little differently. Here are a couple of facts for you to ponder:

Go to TMZ.Com to view the actual timeline of developments.  They have done a great job of spelling out the facts of this case.

My opinions and observations:

In conclusion, I would never pass any premature judgment on a colleague.  However, there appears to be a few deviations from what we call, “normal standard of care” that may cause the defense some difficulty. I will follow this case and keep you updated. Let’s remain open and non-judgmental. I know that it may be hard for those of us who grew-up with the Icon Michael Jackson.

1. Do you think Dr.Murray should be convicted of Murder or Involuntary Manslaughter?

2.  Do you think that he deviated from the normal “standard of care?”

3.  Should the Jackson family “hold harmless” Dr. Murray since he was just doing what Micheal requested?

4. Should Dr. Murray be fined or go to jail for his clinical actions with this patient that just happens to be Michael Jackson?

Please let me hear from you on this issue……..