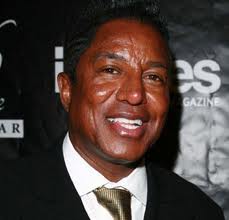 Jermaine Jackson was served with back child support papers in 2008. As with many Black Men, he ignored the court-ordering document. His ex-wife Alejandro is on a hunt for “Green October!’ Jermaine owes $91, 920.00 in child support.   He has two biological children and one adopted child with Alejandro.  The one adopted Donte, is actually the twin to Randy Jr., and their father is Randy Jackson, Sr.  This is a mess. Howwever, Jermaine adopted Donte at the request of his father, Joe Jackson.  When did Joe Jackson get so much parental influence and power.  I bet you that Jermaine regrets that decision right about now.

In California, once you owe in excess of $2500.00 in child support,  you are reported to the FEDS. Now Jermaine is currently on a trip to Africa.  However, he was NOT smart enough to check the date of expiration on his passport. Go FIGURE!  Well as fate would have it, his passport has EXPIRED and baby that means trouble for him.  U.S. customs is very tight, even if your last name is Jackson.   According to the federal rules, Jermaine can not be issued a new passport until he takes care of the arrears that he owes in Child Support!  Will his mother (Katherine) foot this billl to get him back in country or is her money already tied-up in numerous legal battles? Rumor has it that the American Embassy,  in Africa,  will work something out to get Jermaine back in country. Well either way that it goes, this is a scare that he will not forget for a long time to come.

Questions for the readers:

AskDrO really wants to hear from you on this child support issue.