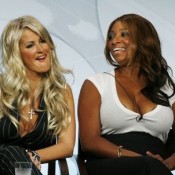 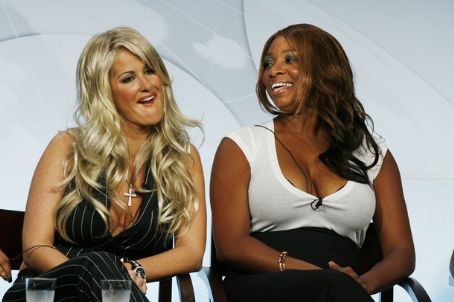 Sometimes I don’t understand Kim’s behavior.  It can be a little more than caddy and she is a chain smoker.  Yes, I am glad they took the mystery diva, Kim, to the pig joint. Kim also treats “Sweetie” like a slave. However, what people “wont do for money.”  The dynamics between the two of them is very interesting. Kandi I am glad that you got her sloopy (Sweetie) behind told.  Enough is Enough! You should have put her off of your bus!  I think that Don Juan( tour manager) thinks something is really wrong with Kim. Also, thanks to Derek J. for attempting to be her conscious. 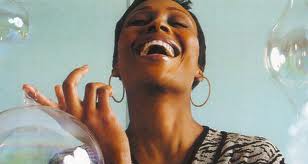 Now on the otherhand, Cynthia is headed for a marital disaster!  Honey broke headed to the alter, can almost assure you of broke after!Cynthia can’t be stable. “I am still trying to pull off the perfect wedding!” I don’t think that Peter really wants to marry this lady.  15 days before the wedding, he closes “Uptown!”  The supper club is gone and so is the source of income for the wedding.  He closed the restaurant and he knew that the income, from the supper club, was needed to pay for the wedding. Peter is actually calling off the wedding.  Yes, Cynthia it is a bomb! He is a lie, $20,000.00 is a lot of money to come up with in 10 days. Something is also wrong with Peter. He is also very condescending to Cynthia even before the knot is tied. Peter’s behavior is very inappropriate. However, Cynthia didn’t you know this about this con artist?   Peter what do you mean, “I am never ever telling you anything again.” He is a fool.

NeNe help your friend Cynthia out, please.  Takes Mallory’s advice and postpone the wedding. NeNe don’t allow your girlfriend to rationalize.  She is caught-up in a “concept” of a  wedding and has no money. Guess what Cynthia if Peter is broke now, he will be broke after the wedding. The super model can’t really bear down and grin on what is to come. I believe that she could have a” nervous breakdown” from this level of stress.  She is headed for a nightmare on Peachtree Street!

Now Phaedra  really has a lot more to offer than meets the eye. She probably can cook and is more domesticated than one would think from the outside.  Afterall, she is a southern girl and very close to her mom!  Apollo is very supportive and is trying to accomodate his lawyer wife’s needs. Phaedra it is alright to vent.  I like the way that Apollo responded to his wife’s frustration. You done well, Apollo.  It was a good fight and, in my opinion, they processed well their issues.

Kandi is definitely a vocalist. I am not quite sure why she has Kim opening-up for her.  It is a mess.  Now placing Nene on that tour bus was NOT a good idea.  The quarters were already cramped and tensions were already really high.  There was something in the air that had to explode.  NeNe is also very messy. Secrets are suppose to stay between friends, Ms.NeNe! NeNe told Kim, “You sound ridiculous!” That is true.  NeNe also called out Kim’s disrespectful behavior to Sweetie. I loved it!  NeNe called Kim second best! The fight was on……Real Housewives of Atlanta Wars! Round 2!

Analysis of  Kim behavior toward Sweetie her paid assistant:

The way that Kim treats Sweetie is definitely inappropriate and symbolizes something from the” Jim Crow” years.   However, Sweetie has chosen to be a modern “day” slave.  She is NOT the only one who has chosen this role, but I guess that the economy is pretty bad and Sweetie has to do what she’s got to do!  Kim is being ONLY what she can be.   No change in sight is my opinion!