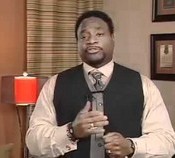 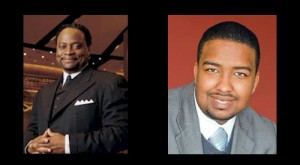 Remember Bishop Long’s appeal video, requesting a refund for his congregation’s “stolen” funds? For every story, there’s two sides, and this is “Side B” to the mix!

NOW…the financial company, City Capital Corporation, is going head-to-head with Bishop Long…naming him as a main player in the scheme! If you missed it, Long issued a “refund appeal” to Ephren Taylor, the CEO of the aforementioned financial company, after misleading his church members to invest in a deal that went south. More than $1 million dollars were lost altogether, leaving New Birth’s members with stories of bankruptcy and foreclosure. It was the uproar of his angered flock that prompted Long to YouTube a “gimme back” video in order to regulate his congregates’ anger.

Was this video a true plea or just a facade? Ephren Taylor fired back his own statement, declaring that Long’s video was an attempt to assassinate his character, and that Long HIMSELF benefited from the failed investments of the church members! Some of these perks included a percentage cut of the product sales and media opportunities from the City Capital Corp. Although Long denies it (of course) it’s quite hard to believe him, especially after last Fall’s scandals. Bishop Long is really making a bad name for New Birth, but not once does he show signs of resigning his position. Can anyone tell me why?!

Here are a few things to consider when a “financial advisor” decides to show up on the count of your Pastor:

I think that in this case between Eddie Long and Mr. Taylor, public official records should be produced  in order to gain better knowledge of the inner workings of this scam. The church needs to know what exactly happened to their money, considering that most don’t have any more to spend or save, and the public needs to know since a man like the Bishop continues his consistency of being a corrupt church leader. I predict that, by the end of 2011, he will be serving a prison sentence somewhere. Either way, they both need to stop the catfights, because they have some SERIOUS explaining to do after playing with all those people’s money!