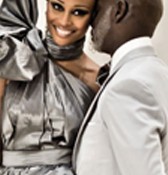 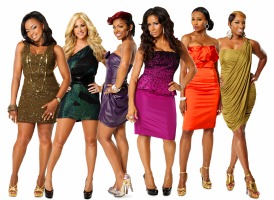 The Real Housewives of Atlanta

Seems like this season’s cast of honey-dipped Southern ladies had their hands full with catfights, sip-n-see’s, touring and wedding drama. Season Three of The Real Housewives of Atlanta revved up with returning members Nene Leakes, Sheree Whitfield, Kandi Burruss, Kim Zolciack with the addition of Cynthia Bailey and Phaedra Parks. From the start, entertainment attorney Phaedra Parks took the wheel with  her recent marriage to her ex-convict husband, Apollo Nida. The Atlanta native is the self-proclaimed “ultimate Southern belle” who is a multi-talented equestrian extraordinaire, multiple degreed professional who boasts “getcha money honey” as her anthem for young women to build financial wealth before companionship. To round out the rest of the original cast was Cynthia Bailey, model. The addition of two new women is just what the franchise needed to add a little spice to the broth and recapture viewers for a third time.

This season found Nene and Greg in the midst of major marital problems. With accusations of ten thousand dollars given from Dwight and lying, both Gregg and Nene are headed for divorce.  The first two seasons, Greg seemed like the perfect companion for Nene’ he was mature, distinguished, level-headed and noble, but this past season revealed another side of Gregg we hadn’t known. He seemed very nonchalant in his actions and lack of effort toward the marriage which leads one to believe Nene’s assessment of Gregg’s lying. As the table turned and Nene became the bread-winner for the family as Gregg had a hard time adjusting to the change. Rightly so, I may add, it’s perfectly natural for a man to go through a transition period when monetary power shifts spouses. Traditionally, the man is the breadwinner and providing security is a large part of his manhood. I question whether Nene has given Gregg sufficient room to adjust to change or whether she uses the transition of power to demean his manhood.

Sheree Whitfield has conveniently kept her last name well after her divorce has been final. Though she bashes his fatherhood skills, “Ms.Whitfield” clings to her claim to fame and manages to still maintain her façade of a decadent lifestyle. This season Sheree barely kept interest as she embarked on a pathetic acting career, starring in low-budget plays and being signed to a low-budget talent agency. Had it not been for Kim Zolciack and Nene Leak’s incessant arguments and Phaedra Parks’s southern traditions and phrases the entire season would’ve been a bust.  Kandi isn’t even worth mentioning as she added absolutely no spark or interest to the series and should be on the next train smoking out the station.

Things seemed to head toward a fiery boiling point as the season began to come to close as Kim and NeNe engaged in one of their biggest brawls to date during a girls weekend in Miami.  It all seemed like the season would end with a big bang and leave us thirsting for more, but ended with an overdrawn and lackluster 90 minute synopsis of Cynthia Bailey’s barely-paid-for nuptials.  The seemingly unknown “supermodel” managed to get the spotlight in the finale’s last drew in audiences with the possibility that Cynthia would be a runaway bride. Seems to  me that the entire wedding, runaway, marriage license debacle was a ploy to thicken the plot of the final wedding that Bravo ultimately paid for to have a semi-substance filled finale.  The entire season was just a promotional launching pad for each of the ladies’ attempts at a solo career post-Housewives.

As Phaedra would put it: “GETCHA MONEY, HONEY!”