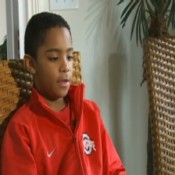 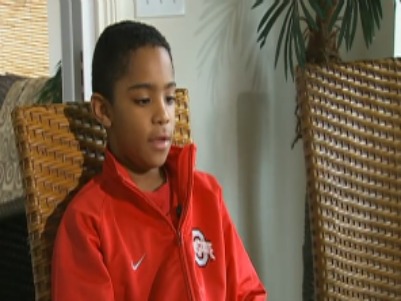 10-year-old Nikko Burton, one of two black students in his history class had to play the role of “slave” in a mock auction held during the school day at Chapelfield Elementary School in Gahanna, Ohio.

An Ohio elementary school missed the point of a teaching opportunity when it allowed 10-year-old students to feel each other and evaluate each other’s worth in a mock slave auction.

According to a report from 10tv, the local television station, the American history class at a Gahanna, Ohio, elementary school was divided up in “masters” and “slaves” to illustrate the inequalities of slavery.

“The masters go to touch people and do all sorts of stuff,” 10-year-old Nikko Burton told the television station. “They got to look in your mouth and feel your legs and stuff and see if you’re strong and stuff.”

Burton’s mother complained to the school, who told her that the mock auction is part of the state-approved curriculum.

“He felt degraded, he was hurt and the kids picked on him later,” she said.

But while the school has apologize, Nikko hopes for an apology from his teacher.

“It was kind of mean and she should have said sorry.”

Watch the video footage below:

This is just WRONG on so many levels. I get that you’re trying to illustrate a point but how can you be so insensitive? They could have watched a historical film clip depicting slave auctions, instead of having students “act it out.” Fifth grade is a little too long to handle the intricacies of slavery and the emotions behind it. I hope that she is required to issue an apology to little Nikko, because he should not have HAD to participate in such foolishness! What do you think?

Was this teacher racially insensitive in illustrating her history lesson?

Should little Nikko be issued an apology by his teacher?

Is this auction an accurate way to depict the harms of slavery?