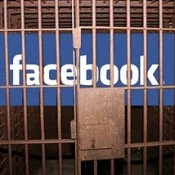 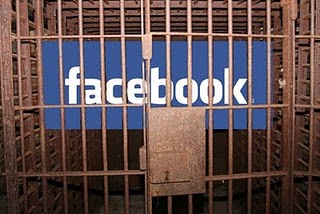 Can you imagine being friend requested on Facebook from your long-lost cousin Dante, who is serving 30 years in prison. How about randomly searching profiles and coming across one of the guy…who broke into your house and killed your brother?

Although prison inmates are free to exchange letters with people their mail is monitored. However, sometimes inmates in federal prisons are given access to email and can send them to people who agree to the messages.

The use of illegal smart phones in prison is a recent phenomenon that is making crime victims very uncomfortable.

Yet smart phones provide easy access to social networking sites, and it’s difficult for corrections officials to keep up. Some inmate pages are obvious, with photos of themselves in prison. Others are set up and run by relatives or friends.

Facebook already prohibits third-party profiles and takes them down when they find out. The company also deactivates prisoner pages when they become aware of them, regardless of who set up the pages.

From the Associated Press

The South Carolina bill has support from a dozen lawmakers, including the Republican House speaker, but it’s not clear whether it will pass. If it becomes law, prisoners who use cell phones to interact online would be fined $500 and detained up to 30 more days. Those who set up profiles would face similar punishment.

The American Civil Liberties Union opposes the South Carolina measure and successfully fought a similar law in Arizona in 2003, before the boom in smuggled phones behind bars.

That law was different than the one being proposed in South Carolina, though, because it prohibited people from helping inmates access the Internet indirectly using telephone, letters or a network of family, friends or activists on the outside. The law was passed after a murder victim’s family complained about an ad posted on the Internet that solicited pen pals for the convict. 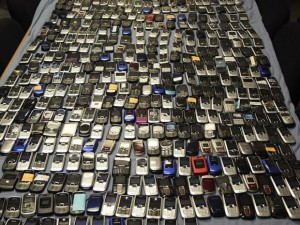 A federal judge struck down the law, ruling it was one thing to stop inmates from using the Internet in jail but quite another to hinder their access to it through intermediaries.

“Efforts of this kind are just an attempt to beat up on prisoners because we don’t like them,” said David Fathi, director of the ACLU’s National Prison Project. “The First Amendment protects speech, even if it’s speech that some people don’t want to see. The response to seeing something that you don’t like on the Internet is, don’t look at it.”

Acknowledging that inmates should not be allowed unfettered access to cell phones, Fathi said that once they get them, their online use shouldn’t be restricted.

“There is no First Amendment objection to prison officials saying prisoners can’t have cell phones, and doing the appropriate searches to make sure that rule is followed,” Fathi said.

“But that’s completely different than something like this bill that tries to regulate prisoners’ speech in the outside world.”

Now I think it’s just wrong if prisoners are allowed to have access to cellphones all willy-nilly! They did the crime and they need to serve the time without any extra amenities or fluff. Sitting in a cell updating your Facebook status is not conducive to learning your lesson. The prison wardens need to do a sweep of all cells and CONFISCATE THE CONTRABAND!