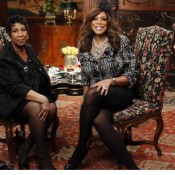 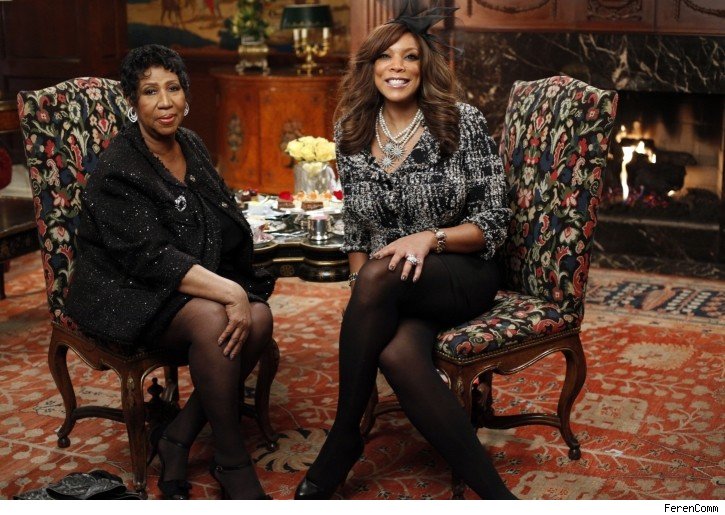 Detroit’s own Aretha Franklin invited The Wendy Williams Show to her hometown of Detroit to chat over some tea, at the Townsend Hotel. The episode aired Wednesday in the form of “Part 1”.  They discussed everything from Franklin’s astonishing diet change and weight loss to the cancelations of her tour last year.

Franklin never fully explains the details of her various surgeries.

“I want to talk about your health,” Williams said. “Recently there was a health scare from what I heard; it started with a pain in your side?”

Franklin replied, “Yes, that was my first inkling that something was wrong, that something wasn’t what it should be. The pain was so hard, it nearly brought me to my knees. So I said, ‘The concerts are over. I have to go and find out what is wrong.’ “

Franklin goes on to commend Williams for her support of Franklin’s god-daughter Whitney Houston.

You can few the entire Part 1 of the Aretha Franklin interview here:

Did you catch what Wendy said?  Sounds to us like she said she will be on ‘Dancing with the Stars’? Keep watching out for that!

We now have Part 2 of Aretha Franklin’s appearance on the Wendy Williams Show.

She addressed the Grammy tribute

It was wonderful! Aguiliera was good. She was feeling it that night. Jennifer was good. But I particularly liked what Yolanda Adams did with “Spirit in the Dark”

Fantasia’s boycott of the awards