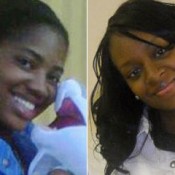 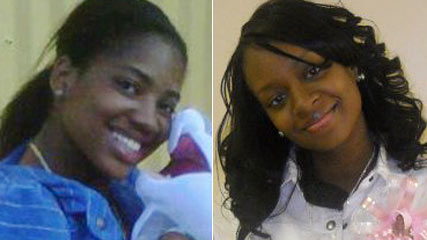 Feud Over $20 Starts on Facebook and Ends in Fatal Stabbing

Kamisha Richards, 22, is dead after being stabbed by Kayla Henriques, 18 in an East New York, Brooklynn apartment. The fight escalated after Ms. Richards loaned Ms. Henriques $20 for baby formula and diapers and found out that the money was not being used for that purpose.

About 24 hours after their last Facebook exchange, Ms. Richards was dead, killed by a kitchen knife to the chest delivered inside an apartment in East New York, Brooklyn — according to the police, the home of Ms. Henriques, Ms. Richards and relatives of both women, including Ms. Henriques’s brother, who was dating Ms. Richards.A teenage mother is charged with second-degree murder for allegedly stabbing her friend over a dispute about a $20 loan that escalated into a Facebook feud.

By about 1:30 a.m. on Tuesday, Ms. Henriques had been arrested, after witnesses helped point investigators in her direction, and the suspect “said things to implicate herself,” according to a law enforcement official. “It was witnessed by several people, in the apartment,” the official said.

Ms. Henriques was charged with second-degree murder and criminal possession of a weapon, said a spokesman for the Brooklyn district attorney’s office.

Deputy Commissioner Paul J. Browne, the Police Department’s chief spokesman, said the Internet postings added pieces to investigators’ knowledge, though it was not immediately clear if those clues had been gleaned before Ms. Henriques’s arrest.

Detectives are investigating whether Ms. Richards had claimed Ms. Henriques’s son as a dependent for tax purposes, and “whether that was an element in the dispute between the women,” the official said.

Both women resided in the Cypress Hills Houses, but lived in different apartment buildings. Ms. Richards was a recent college graduate, held two jobs and worked at J.P. Morgan Chase.

This story is just saddening.

How much is a LIFE worth nowadays? Yes, I’ve had friends I loaned money to plenty of times…I’ve never thought about a loan going this far…especially over such a small amount. Both of these women should have had an intervention before it got this far. Now a child is going to most likely grow up without his mother and a promising young woman will never realize her dreams. I implore on all of you to focus on what REALLY matters. Life is too short. Forgive. forget and move on.