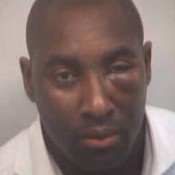 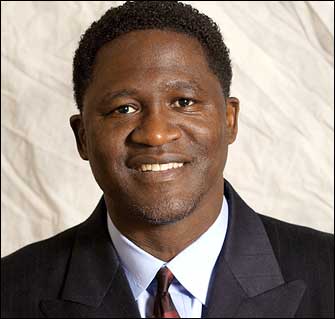 Seems like a little drama occurred after yesterday’s Atlanta Hawks game. Former Atlanta Hawks player and current VP, Dominique Wilkins was involved in a scuffle with a former referee.

Rashan S. Michel, 36, was arrested and charged with one count of simple battery following the incident, Officer K.Y. Jones with Atlanta police told the AJC.

Michel, who told police he was owed money for suits purchased several years ago, hit Wilkins in the chest and also hit a security guard, Jones said. Michel, of Atlanta, has worked as an NBA and college basketball referee and previously owned his own clothing store.

“The fan was promptly arrested and was taken into custody by the Atlanta Police Department,” Hawks spokesman Arthur Triche said in a statement to the AJC. “At this time the Hawks have no additional information or comment regarding this situation.”

NBA.com’s Sekou Smith tweeted that Wilkins got in three “solid” punches during the brief fight, while his assailant landed none. 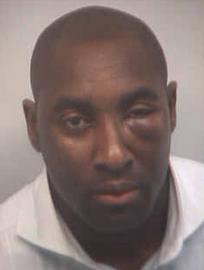 Wilkins, 51, serves as the Hawks’ vice president and as a television analyst. Wilkins played for the Hawks from 1982 until 1994.

Wilkins was not injured in the incident, which occurred as he mingled with fans. He had just finished his TV work on press row following the Hawks’ 85-82 win over Orlando.

Well I’m sure that when Wilkins started this fiasco he didn’t intend to look like the victim in his mugshot. People learn to take care of your business OUTSIDE of work and get your finances in order!