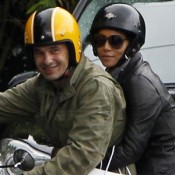 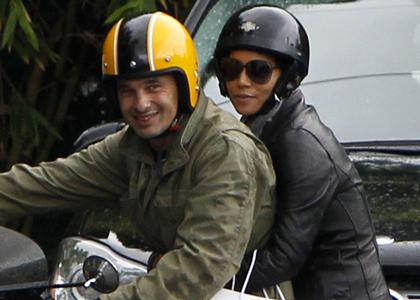 After a Series of Bad Luck in Love Has Berry Hit the Target?

Halle Berry is undoubtedly beautiful, talented, smart, charming and successful. Men all over the world lust over the Oscar-winning actress, considered one of People magazine’s “Most Beautiful People.” Yet, she proves that no matter how beautiful you may be… beauty doesn’t mean you’re lucky in love.

With a dating history linked to domestic abuse, sexual addiction, racial issues and now a custody battle, it hasn’t been an easy ride for the A-list actress. Her recent ex, Gabriel Aubrey, 34, and father to her 2-year-old daughter Nahla, has only contributed to no such luck. Supposedly, the French-Canadian model, after five years of dating and a bitter separation, tossed around racial slurs, including the “N” WORD in reference to Berry.

Not surprisingly, Halle took the classy route and explained the parting to US Vogue in its 2010 August issue,

“You realize you are not meant to go the distance with everybody, though Gabriel and I were meant to bring this amazing little person into the world.”

Before Gabriel and motherhood entered Berry’s life, she was no stranger to heartbreak with two failed marriages under her belt. The first marriage, to Atlanta Braves star player David Justice occurred just after midnight on January 1, 1993 as part of a New Year celebration. Unfortunately, the fireworks died down by 1997 when David reportedly initiated a divorce. Halle later recalled having extreme difficulty with the split to Hello Magazine:

“That’s what the break-up of my marriage [to David Justice] reduced me to. It took away my self-esteem. It beat me down to the lowest of lows.”

In an effort to try again, Berry entered her second marriage in 2001 with musician Eric Benet. Not long after their beach wedding ceremony in Santa Barbara, rumors swirled that Eric was being unfaithful. Nonetheless Halle stuck by Eric’s side until 2004, when the extramarital rumors were confirmed. Since their divorce, Benet has challenged their pre-nuptial agreement in aims to acquire a part of Halle’s fortune with no success.

By 2004, Halle recalled her unsuccessful relationships in Ebony magazine:

“I want love and I’ll find it hopefully and have a committed relationship, but no more marriages. I’m not banning men, and I’m not against relationships. I have just discovered after two failed marriages that probably marriage is not the way for me to go again. Putting on that dress and walking down the aisle is no longer of value to me. I want someone to come and stay and be there because he wants to, not because he has a piece of paper that says he has to.”

Regardless of the heartbreak, abuse and self-esteem challenges, Halle Berry continues to pick herself back up, stand tall and wont give up on finding her soul mate.

It turns out that Halle has entered the dating one world again. While filming her upcoming thriller, Dark Tide, she began dating co-star Olivier Martinez in late 2010.

Single or not, I take my hat off to Ms. Berry for representing an independent, strong black woman at her best.

Do you think Halle Berry Got it Right THIS Time With Love?