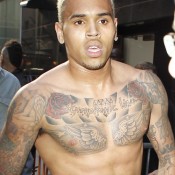 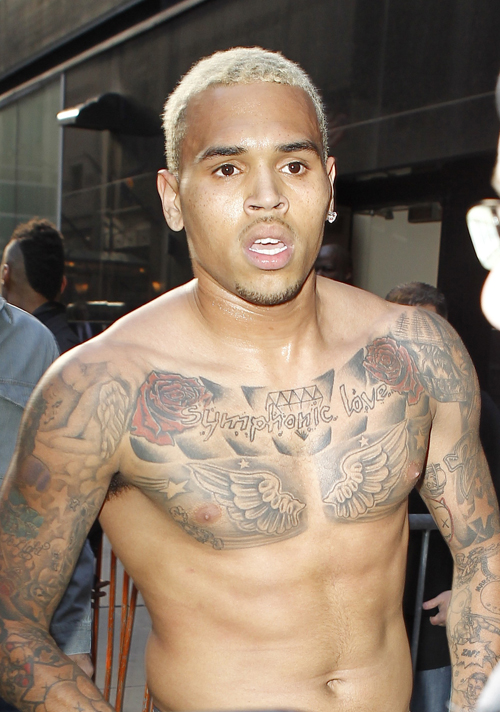 Enough is Enough already Chris Brown! Don’t you realize that the biggest predictor of future behaviors is past behaviors. You are not God. Frankly, I am personally offended by your actions. It is really time for you to get a  handle on your anger.  If you need medications, anger-management therapy or both, let’s get it together. You also appeared very uncomfortable on the Good Morning America Stage.

TMZ reports that after the interview Chris was so upset that he began yelling and screaming in his dressing room loudly. The hair and make-up people were so alarmed that the called security. By the time security responded to the call, Chris had already ripped off his shirt and left the building, leaving behind a shattered glass window in his dressing room, where shards fell onto the streets of 43rd and Broadway. Needless to say, he didn’t do his second performance.

When he was making his way out of the building, sources claim that he confronted the segment producer by getting in his face and staring him down, and people that worked on the show had to get in between the two to calm the situation.

Here is the thing Chris, ” You are an African-American Superstar and you will be watched!” However, each time they go fishing, you give them bait and the big one. When I was growing-up we were taught, “Sticks and stones my break my bones but words will never hurt me!” This may not totally be true but it is not far from the truth when rumors and innuendos just fly. What could make you so angry, but the truth? 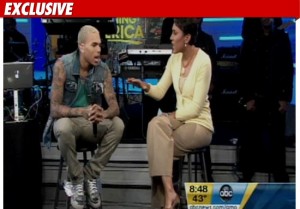 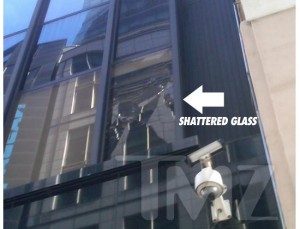 “I’m so over people bringing this past sh*t up!!! Yet we praise Charlie Sheen and other celebs for there bulls**t!”

All my fans!!! This album is for you and only you!!! I’m so tired of everyone else!! Honestly!! I love team breezy!!

Well, if you feel that way, I am sure that record sales may be affected. Even the simplest minded person gets tired of bad behavior. First, the naked pictures that you validated as true. I know that it was only a stunt because not  many days hence, your new project hit the stores. Chris, give us a break. We are trying to support you but you are really making it difficult.
In essence, I am now wondering if this behavior is one of Psychosis or of Bipolar I or II. The irritability and lack of self control are really NOT acceptable. I also believe that Mr.Brown is on probation. Maybe you should check out my article Bipolar I vs Bipolar II.
Readers what are you now thinking after this morning’s episode? Are you still excited about running out to buy Chris Brown’s new project? Should Chris Brown seek out professional help? Let me here from you on this new Chris Brown issue….
Update:
Apparently Chris Brown’s behavior did not deter ABC from wanting him to appear on the show again.

“We extended the invitation to him [to come back], and sure hope he takes us up on it because I’d sure love to have another chat with him.”RadarOnline is also reporting that Chris Brown spoke with his momager, Joyce Hawkins, soon after the incident.

Chris appeared to “visibly calm down” after talking to Joyce the source said. “She has that impact on him. Joyce told Chris he was going to have to conduct himself with more control in interviews, because he will continued to be asked about Rihanna. Chris just feels like he can’t catch a break, and wants to move on from what happened. Joyce encouraged Chris to express himself through his musical performances though, and she told him to take any negative energy he is feeling, and channel it into the music.”

Meanwhile, he is scheduled to perform on ABC’s Dancing With The Stars next week and the cast has already been instructed not to comment on the performance after it airs on Tuesday.