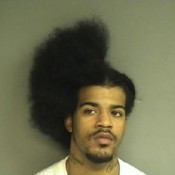 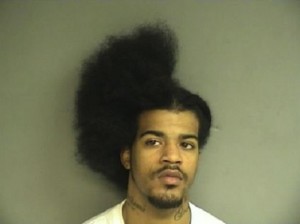 Haircut Turns Violent As Man is Stabbed During Argument

There are a few things you shouldn’t do while getting a haircut: move around, insult your hairdresser, tilt your head only to the left … and, it turns out…. stab someone.

Yes, David Davis, a New Haven man was arrested for slashing another man in the back with a pair of scissors mid-haircut! The 20-year old scissor-slasher obviously removed his thinking before the scissors started their trimming.

Davis was getting his hair done in his Stramford, CT apartment when another man from the building, who Davis has previously argued with, approached him. Reportedly, Davis felt extremely threatened– like the man was going to attack him. So Davis beat the incomer to the punch, grabbed a pair of scissors and slashed the victim in the back… before his “new-do” was complete.

The victim is expected to make a full recovery after suffering a scissory stab wound. However, Davis isn’t as fortunate because he was arrested and charged with first-degree assault before he could finish gettin’ that trim.

To say the least, Davis… you’re lookin’ like a fool with your hair half-did.

These young fools are getting out of CONTROL! This has got to be one of the funniest mugshots I’ve ever seen, but I mean seriously…he stabbed someone while getting a haircut? Jesus be a fence!