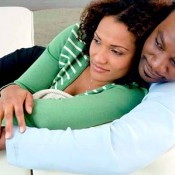 So yesterday was the marking of a season change.  We changed our clocks in recognition of daylight savings time.  Spring has in fact SPRUNG so we moved our clocks forward – but that’s not the only change that the new season brings.  Spring marks the end of the “cuffing season”.  Yes, readers, temperatures are rising and clothing coverage is becoming MINIMAL, which means cuffing season has come to an end.

Allow me to explain:  You see, when the temperature drops and people start going out less, out come the “boo radars” and people start looking for someone to settle down with for the winter.  Someone to share those cold nights with under a blanket sipping hot chocolate watching a romantic comedy.  Cuffing season is the time of year when people want someone to snuggle up with.

However, on the contrary, when the sun starts to heat the temperatures up, we seem to want to be single and explore other fish in the sea.  Take vacation time, for example.  Have you ever noticed how everyone on vacation claims to be single? No, you haven’t found yourself on a “singles cruise”, it’s just the nature of being in a exotic locale.  Everyone wants to feel free to meet people and engage in flirtatious behavior.

I don’t know what it is about that heat that just gets our hormones raging and makes us that much more attracted to the opposite sex. It could be the skin that we like to show off when the weather starts hitting the 90s, or the flirtatious nature that gets into us when things start heating up.

The sun seems to have the same effect of a good alcoholic beverage: It makes the guy who wasn’t hot just a little while ago, suddenly into a stud, and the girl you would never think to look twice at, into a five-star-chick. So, I’m warning you…if your “wintertime’ lover starts to act a little distant, you my friend were CUFFED and your time is over.

Four Signs Your “Cuffing Time” is Over

My warning: Be careful out there, lovebirds.  Don’t get sunburned!

How many of ya’ll are ready to dump the “Wintertime Cold” and get on the “Summertime Fine?”