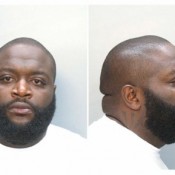 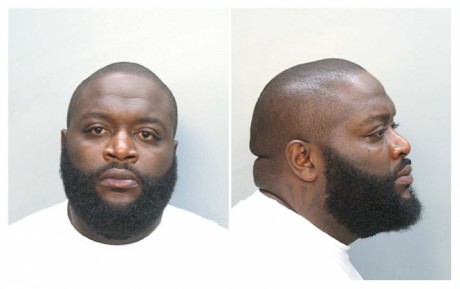 The rapper now running around with Sean “Diddy” Combs had a huge hit this summer with his ode to Atlanta’s BMF.

It’s reported that he was popped when officers claimed to have detected a strong odor of mary jane coming from his hotel room at the Shreveport Hilton. When the entered to further investigate, they found a gram of marijuana sitting out in plain view.

Ricky has since been released and performed earlier today in Philly at the I Am Music Too Tour.

I guess being on the other side of the bars is a bit different for Ross. I hope these rappers realize that they’re constantly being WATCHED! You must dot all your i’s and cross all your t’s when you’re in a position of prominence.
I mean how DUMB can you be to smoke marijuana in hotel room when you’re a high profile individual? DING DING! What’s even crazier is it’s not the first time Ross has been arrested for possession. Get it together!