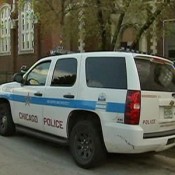 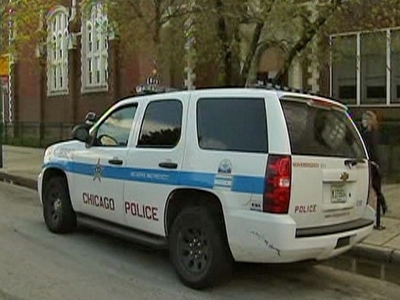 An argument that may have started on Facebook escalated to gunfire Tuesday afternoon.

Witnesses told police they dived for cover as a boy, wearing a brown Hollister brand hoodie, pulled out a revolver outside Cook Elementary School, at 81st and Bishop, and opened fire at about 2:45 p.m.

“We were coming out of the front door of the school when we saw him,” student Rashaya Williamson, 13, said. “Suddenly he started shooting and everyone was screaming and running.”

A 12-year-old boy was shot in the back in the melee, just as school was being let out for the day.

After he was shot, the seventh grader ran back toward the school but couldn’t get in because the door was locked, Williamson recalled. Eventually somebody let him in as he cried in agony, while the gunman ran away southbound on South Bishop Street, several witnesses said.

The victim’s sister, Imone Griffin, said she received a text message from a friend informing her that her brother had been shot.

“I called my family and they said, ‘Yeah, it’s true,'” she said, clearly shaken by the incident.The boy who was shot was taken to Advocate Christ Medical Center in Oak Lawn in “stable” condition, Fire Media Affairs Chief Kevin MacGregor said.

“I feel for the baby. It’s not his fault what he’s going through, but we need to get some parents out here. It takes a village to raise a kid,” said Mojia Mitchell, a parent in the neighborhood.
Police Cmdr. Eddie Johnson said detectives had spoken with many “really good witnesses,” and had a good idea of the suspect’s identity. He bemoaned the shooter’s “total disregard for human life.”

The Chicago Tribune reported that one boy was in custody and being questioned, but that could not be immediately confirmed.

The victim’s family and friends said he’s received threats on his Facebook wall. Those friends vowed bloody revenge, with one post stating they would “ride back down” on the shooter and his friends, the Chicago Sun-Times reported.

I’m hoping the little boy is alright! I think we need to advocate for more gun protection in our schools! I’m also appalled that this whole fiasco was started on Facebook! Why do 12-year-olds have Facebooks?

What do think about this situation readers? Do your children have Facebooks? What age is appropriate for social networks?