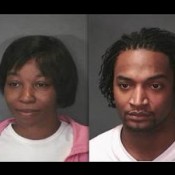 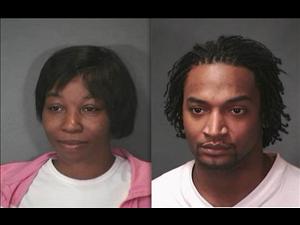 Crossing Guard Assaulted After Breaking Up Fight Between 7-Year-Olds

I’m telling you nobody is safe anymore! First we had the Walmart greeter…now a school crossing guard. I mean who is going to check your bags at Walmart and safely watch your children cross the street if….they’re AFRAID to do their jobs? SMH.

According to the Lansing State Journal, authorities said Shareka Sharrett McKinney and Darell Livingston drove to a bus stop for Lyons Elementary School on Thursday morning and let their son out, yelling for him to attack the other boy.

Lt. Noel Garcia told the newspaper that the boy then punched the child, who fell to the ground. When city crossing guard James Thompson tried to intervene, Livingston and McKinney allegedly attacked him.

Livingston, 26, struck Thompson in the head and mouth, chipping one of his teeth, while McKinney, 29, jumped the guard from behind, according to police.

Lansing resident Michael LaVasseur told WILX.com that every day, he walks his daughter and the boy who was attacked to the driveway near where the bus stops. LaVasseur, who is legally blind, said he heard a car drive up onto a curb near the stop right before the incident.

LaVasseur told the Lansing State Journal a woman jumped out of the vehicle’s passenger side, swearing and yelling at one of the children.

He said she shouted, “You don’t do this to my boy.” 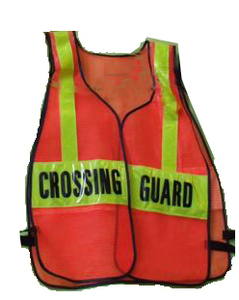 The animosity between the first-graders began the previous Wednesday, when one boy fell and scraped his face after the other boy pushed him. The aggressor was sent home for the remainder of the day.

According to the Journal, Livingston and McKinney are scheduled to be arraigned Monday on charges of assault or assault and battery and contributing to the delinquency of a minor.

Thompson, who did not require medical attention, was back on duty Friday.

Some kids definitely don’t need to look to their parents as a role model. So they took the kid back to the bus stop…to beat up the other little boy…and then got mad when the crossing guard intervened. Sigh. We shall overcome. One day.