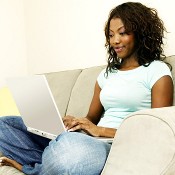 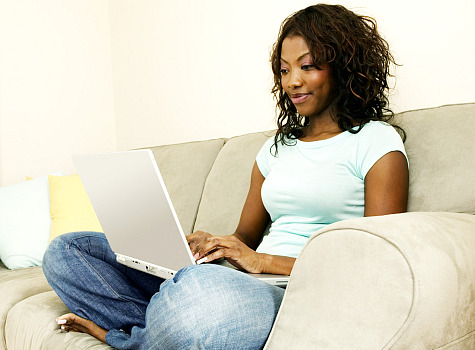 So the weather is getting warmer, and you and your “crew” are starting to go out more to nightclubs, social outings, bars, etc.  You’re meeting new people – some that you really like – and you decide to start dating.  Perhaps you’re at a time in your life where you think “Man, I really would love to settle down with someone special…”

Sadly, in a world that operates and is highly dependent upon technology, the idea of meeting your future spouse at a nice club or social outing went out the door with chivalry.  According to statistics, nearly half of all single adults are using these e-Dating websites to find their mates.  you’ll see some interesting facts about how many first e-dates have a happily ever after…

(The following statistics provided by according to the book Sex in America: A Definitive Survey by Robert T. Michael)

1. 40 million Americans use online dating services. That’s about 40% of the adult American single population. It’s not just a fad anymore, and it just might be your ticket to finding happiness.

2. 44% of the adult American population is single. That’s over 100 million people, so your odds are actually much better than you think.

3. On average, there are 86 single men to every 100 single women in America. So, the odds are slightly in favor of men finding a mate. This ratio is a bit better in the Southwest, and in warmer climates such as Texas, Florida, and California, the ratio in some cities actually favors the women.

The states with the worst ratios are Idaho and Utah, with 40% and 41% single, respectively.

5. 51% percent of single people surveyed say that flattery is the best way to attract someone. According to Are You Normal About Sex, Love, and Relationships? 25% also say to use touching as a way to flirt is very effective, and a surprising 23% say that the best way to let someone know you’re interested in them is the old schoolyard method of passing word through a friend.

7. You have 15 minutes to make a first impression – if you’re a woman, that is. If you’re a man, you have a little more cushion. Women usually take about an hour to decide if you’re going to have a second date.

8. #1 relationship argument is over money – according to a poll by the University of Denver. So, don’t feel too bad if you can’t agree about who’s paying for the date. It’s rather common, and not exactly a foretelling of things to come.

10. Only 2% of men find relationships from a barstool. This number only goes up to 9% for women. So, get down off that barstool, and try your luck somewhere else, such as online, or through a network of friends, where 63% of married couples claim to have found their mates.

Conclusion?  You’ve heard it on those E-Harmony commercials:

“You’re now more likely to find your true love on the internet than at work or at a party, in the US at least – especially if you’re over 45.”

Have you tried online dating? Do you think it’s better to get to know someone online or in-person? Any tips for online daters?