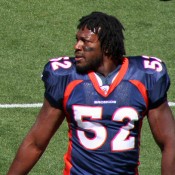 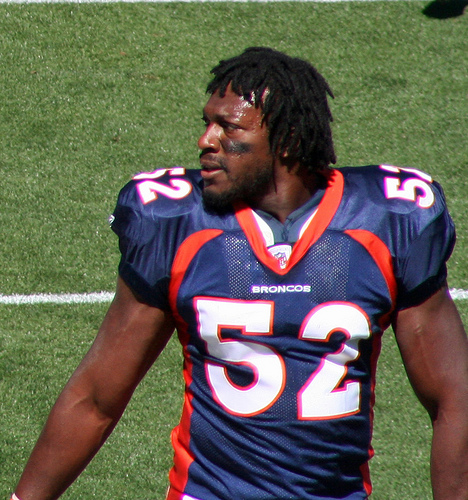 Seems like it’s now the “IN” thing for NFL players to get stabbed by a wife or even a girlfriend.

Jason Hunter, former defensive end for the Detroit Lions, is recovering from a stab wound to the left shoulder.

Sources tell Action News that Hunter, who was driven to Detroit Receiving Hospital by someone he knows, said it was his 23-year-old girlfriend who stabbed him this morning.

We’re told 27-year-old Hunter, who played for the Lions in 2009 and is currently under contract with the Denver Broncos, would not say where the stabbing took place.

Detroit police did take Hunter’s girlfriend into custody and told Action News that she was facing charges including felonious assault. Investigators later said the woman would not be arraigned on the charges because Hunter does not want to pursue the matter.

It’s unclear how Hunter’s stabbing injury might affect his career.

Action News contacted the Denver Broncos but a representative says they are still looking into the reports.

A spokesperson for DRH is not releasing any information on Hunter’s condition nor confirming that the NFL player is being treated there.