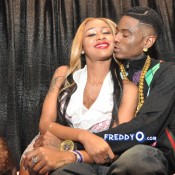 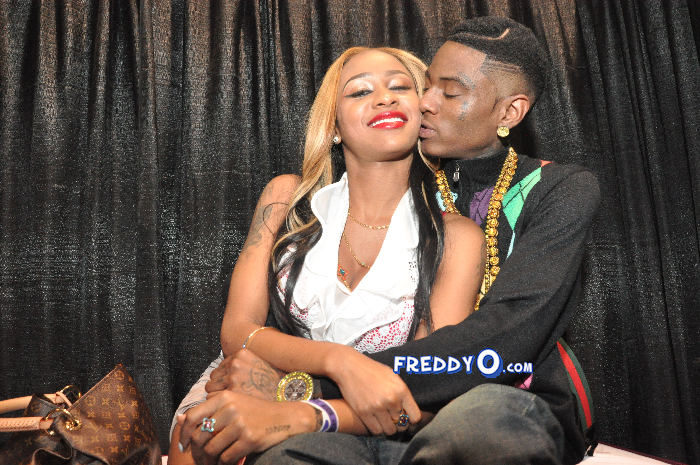 Soulja Boy headlined the Dub Car show over the weekend and he apparently brought his new Diamond (Crime Mob rapper) to showcase.   Diamond was previously dating rapper Lil’ Scrappy and his mother had some harsh words to share about his ex.

Okay, the b***h done got breast implants and booty shots, the b***h ain’t real first of all. Secondly, Soulja boy is gonna come behind him anyway. So at the end of the day Scrappy is chilling, he’s fine, he’s the Prince of the South and he got it good. He’s living good and he ain’t thinking about that b***h…dirty low down b***h.

Dirty Boyz: Why did she lie like that?
She lied like a motherf**ker! Called Scrappy back, talking about I was just hanging out with him. Whooooooo! I want to put my hand around that b***h throat. I want you to go on the radio and say “Mama D is angry because you don’t mess with Mama D son.” But you know what ladies and gentlemen? Her son is doing good. The Prince of the South is still the reigning prince because he’s chill like that, he’s gonna keep it pimpin’. 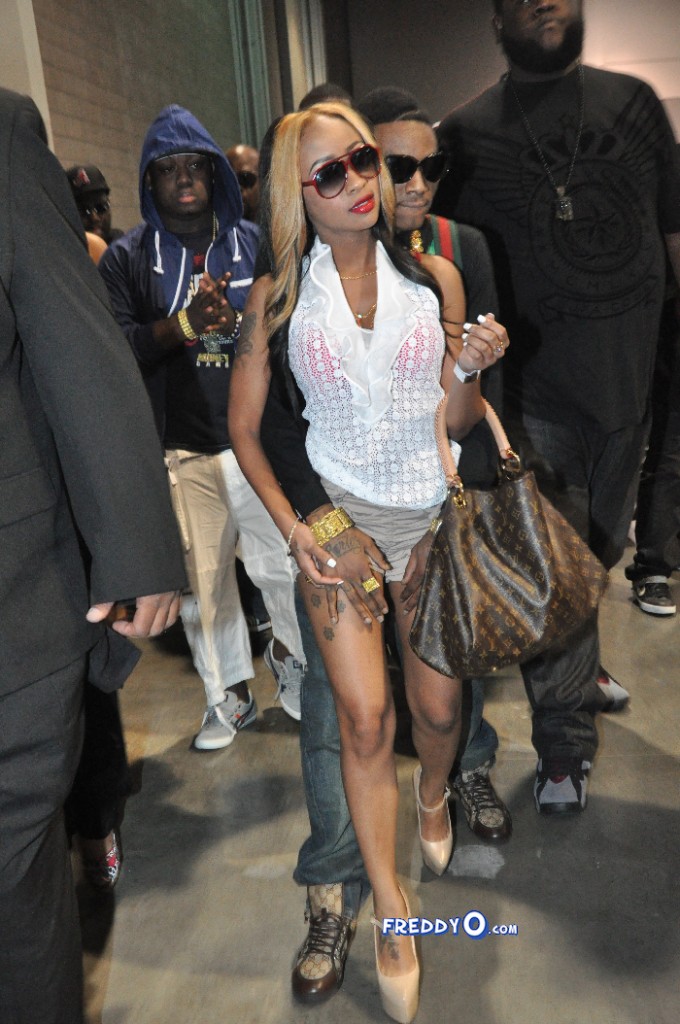 It’s f’d up how she did it…low down dirty b*tch. She’s lucky I don’t take [inaudible] and pimp her azz. She gonna give it up like that, she might as well get some money for it hoe. Scrappy, Mama D, we gonna keep it G, ya heard me? Let the radio know that Scrappy the Prince of the South is still the reigning Prince and he’s chilling on South Beach, okay, with a beautiful lady. He ain’t stunting that sh*t there, he’s all good.

Do you think the parents of your ex have a right to address your significant other after a breakup? How do you deal with a breakup when your family still loves your ex?