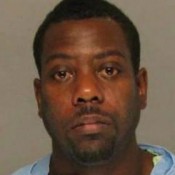 Now this story is just DISTURBING…in more ways than one. I’m telling you we have to become more aware of what our kids are doing! I’m sure we can all agree that sexual molestation of a child is both
revolting and disheartening. To hear of a child being taken advantage of by an adult is gut wrenching and causes many of us to begin to worry about our own children. Who can we trust? Most parents feel that the only safe places for their children are
home, church and school.  Or are they?

Sheriff’s Investigator Mark Dobbins said this morning that McCauley had been a friend of the victim’s family since his high school and college days.
Dobbins said it was not unusual for McCauley to be around; therefore, the family never suspected  something could be happening. After the family became suspicious McCauley admitted to a relationship with the boy.

Although the victim was a member of the CSRA All-Star Band, an initial investigation has revealed that none of the incidents occurred while McCauley was working.
“It evolved because of the relationship the victim had with the defendant, not because of the band,” Dobbins said

McCauley had sex with the 15-year-old at his home three weeks ago, and again a week ago.  Now I’m sure you’re thinking, “what could be worse?” Well, the band teacher is HIV-positive. The victim told investigators he confronted McCauley through a text
message after learning the man was HIV-positive.  McCauley was arrested at the Medical College of Georgia Hospital.

Some people deserve to be locked up with the key THROWN away! This guy definitely fits the bill. First off, if he’s positive he should not be having uninformed relations with ANYONE- much less a CHILD! How did he become a band director working amongst children as a pedophile? I will keep stressing to y’all just how important it is to know who your child is around. I mean question them, observe them, get to know them, and watch them when they think you aren’t!

How would you deal with this situation as a parent?