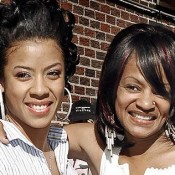 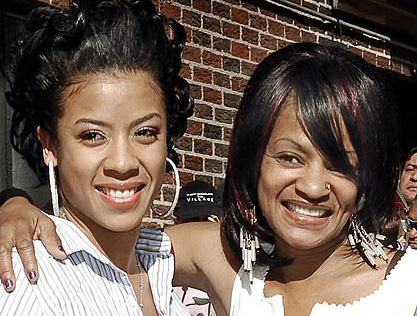 Keyshia Cole Is Praying Her Mother Gets It Together

Just when I thought that Frankie was pulling it together, she was arrested for violating her parole. Apparently the mother of R&B singer Keyshia Cole, tested positive for an illegal drug substance at her parole officer’s. Frankie had recently appeared on Dr. Drew’s “Celebrity Apprentice “show, where she kept viewers entertained by her antics. Clearly her time with Dr. Drew did nothing to stop her from returning to her drug demons.

Keyshia Cole took to her Twitter account to express how she felt about her mother’s recent arrest.

I’m with Keyshia, I hope Frankie realizes that SHE HAS TO WANT to change for the better. Oftentimes, we try so hard to force people to change certain things about their selves and it never lasts, because they’re not ready for it yet and they’re doing it for others. I remember when Keyshia Cole first began to distance herself from her mother’s unacceptable behavior. This story definitely goes to show you, that sometimes some family is better loved from afar.

What do you think of Frankie’s recent arrest? Have you ever had to deal with a family members addiction? How did you cope?