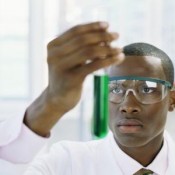 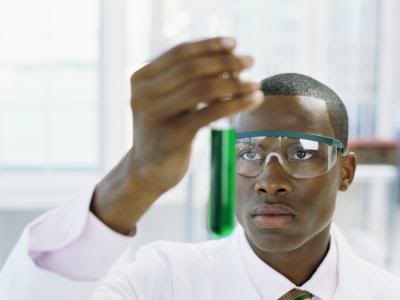 It all started in Berlin, where a 42-year-old gentleman from Seattle, WA was living in Germany. This young man had been diagnosed with HIV in his 30’s and being treated successfully with the Cocktail of antiviral therapy. He was doing extremely well given the circumstances, until the age of 40, when he developed Acute Myelogenous Leukemia, or AML.  (AML is cancer of the myeloid line of blood cells. There is a rapid growth of abnormal white blood cells that accumulate in the bone marrow and interfere with the production of normal blood cells.) AML is treated initially with chemotherapy. However in this individual’s case, the cancer relapsed, causing the patient to receive a hematopoietic stem cell transplant. (Usually this entails transplantation of multi-potent hematopoietic stem cell or blood, usually derived from bone marrow, peripheral blood stem cells, or umbilical cord blood.) In this particular case, the patient was lucky enough that the donor had a very unique mutation present.

This genetic mutation makes cells RESISTANT to getting infected with virtually all known types of HIV. This mutation, known as the delta32 CCR5, is something that is acquired from both parents and allows one to have the ability to be RESISTANT to getting infected by MOST forms of HIV. This is a very infrequent condition, as it’s found between 1-2% of White Americans & Western Europeans, about 4% of people from Scandinavian countries, and in NO Africans, African Americans or Asians.

(Look for more of this in part 2 of our blog, when we address the genetic circumstances found across the racial lines).

As a result of the mutation, when the patient was later tested to check on his prognosis, it was discovered that he had NO HIV viral load and had good T-cell levels. (T-cells are activated in immune responses to infections and due to constant illness and usage in HIV/AIDS, this cell count is usually decreased in these patients.) Eventually his antiviral drugs were stopped and the patient was closely monitored. This was in 2006, it is now 2011 and the patient continues to be AIDS free and T cell count remains increased.

Now, I know the question that most people ask is how does something happening in Berlin help other countries, and more specifically people in the US??? Well as of April 29, 2011 the federal court has given the Obama administration the go-ahead to continue funding embryonic stem-cell research.

With proper research and funds, the possible benefits of such research could not only help in finding a cure for HIV/AIDS, but can also show promise in treating a range of debilitating conditions including diabetes, Parkinson’s disease, cancers, and spinal cord injuries.

The possibilities are ENDLESS!!!