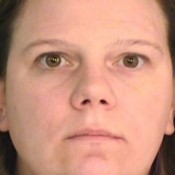 Is the internet controlling your life?  Well, for one Colorado woman, the world wide web is ruining her life.  She was playing a game on Facebook while her 13-month-old baby drowned in a bathtub. Friday, the woman was sentenced to 10 years in prison.

In addition, Shannon Johnson, 34, was sentenced to five years of mandatory parole following her prison term.

According to The Greeley Tribune, Johnson cried as District Judge Thomas Quammen told her he didn’t think she was a bad person or that she killed her son on purpose. That doesn’t mean what she did wasn’t criminal, he added.

Johnson was charged with child abuse that knowingly or recklessly caused death. She pleaded guilty to negligent child abuse in March.

Authorities are taking the issue very seriously as they do not want to play down the seriousness of her crime.

Johnson said she found her son, Joseph, sideways and face-down in a bathtub last September. She told investigators she had been playing the game Cafe World and sharing videos on Facebook in another room while her son was alone in a bathtub full of water.

Johnson called 911 to say Joseph wasn’t breathing. Paramedics were able to revive the toddler but he was pronounced dead at a Denver hospital.

Johnson said her son was independent and wanted to be alone in the tub.

A 1-year-old wanting to be alone in the tub? That’s just ridiculous! I’m sure she didn’t mean to let her son die either…but sometimes we have to let our PRIORITIES take precedence over our LEISURE activities.

QOTD: Does your internet usage hinder your judgment or overall actions?