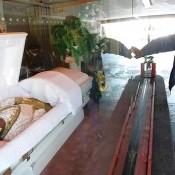 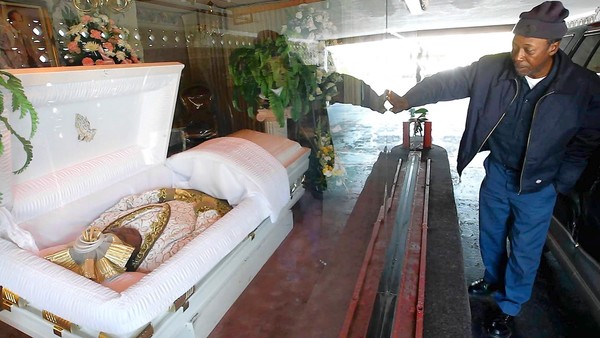 Question of the Day:

A Compton Funeral Parlor Has A Drive-Thru Option. Would You Attend?

Funerals are a time to spend time reflecting on the loss of your loved one…or so I thought. One funeral parlor has made going to a funeral as easy as ordering a burger from your local fast-food chain.

Peggy Scott Adams is a Grammy Award nominated gospel singer. She is also the owner and operator of the Robert L. Adams Mortuary in Compton, a business she married into in the late 1990s and took over after her husband’s death in 2005.

The funeral home recently added a drive-thru feature that let’s mourners view the deceased, by driving past in a car.

Drivers can get out of their car and sign a condolence book placed on a nearby pedestal. The article also quotes a neighborhood Reverend who just happened to be walking by, and “probably never would have known” about a former Compton councilwoman’s death if her body had been placed inside.

QOTD: Would you be interested in attending a drive-thru funeral of your loved one?