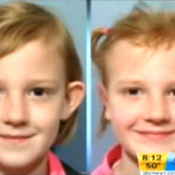 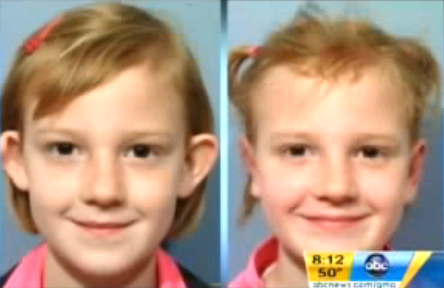 Just when I thought I heard it all! A mother let her daughter undergo an ELECTIVE surgery, to PREVENT her daughter from being bullied. Now, the child has yet to be teased, but in an effort to make sure that it DID NOT happen they had the surgery. My question to your readers is this-would you let your pre-pubescent child have such a procedure?

Samantha Shaw, a first grader from South Dakota who recently went under the knife to pin back her cup ears and fix a fold on her right ear.

Samantha told Good Morning America’s Juju Chang, that she hasn’t been bullied, per se. Her mom said that others have made comments in front of Samantha — with adults being worse than other kids — but confirmed that the surgery was more preventative, so that her daughter wouldn’t get bullied in the future.

New York Dr. Steven Pearlman, who performed the surgery free of charge thanks to the Little Baby Face Foundation, strongly believes that any abnormality can result in torture on the playground. But when asked whether he actually suggests that children get plastic surgery to avoid bullying, Pearlman responded,

“Well, it depends where you draw the line. If it’s minor, if it’s cosmetic, absolutely not. But in my book and [that of] most of the medical community, the plastic surgery community, ears that stick out is not a cosmetic issue.”

In a culture that glorifies a certain type of beauty aesthetic, it’s amazing to me what folks will go through to make sure they have the “perfect” child. I’m sure there are plenty of little brown girls and boys who are having similar issues- especially for being the minority…in a culture that praises the majority’s beauty. Parents, I’m not a fan of having an elective surgical procedure performed on a child. However, I am a witness to the issues that can stem from thinking that you aren’t GOOD enough…the way you are. Self-esteem is your OWN perception of your worth and it’s imperative that a child develop a good sense of worth. Sometimes, it can be as simple as an occasional-“You look beautiful,” to help a child grown into a confident and secure adult. Trust me….

What do you think? Would you let your child have an elective cosmetic surgery? What are you doing to make sure your child has good self-esteem?