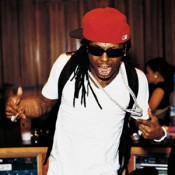 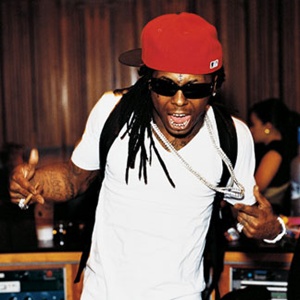 Skylar Diggins Is Being Pursued by Lil Wayne

March madness has finally wined down and we have our two top college basketball winning teams. Charlie Sheen should be proud. But what’s been making bigger news than the two winning teams? #skylerdiggins. Yea, you may have seen her all over your twitter accounts, and you may not be following her. Notre Dame’s Skyler Diggins has become a celebrity overnight.

Three weeks ago, she had about 6,000 followers and now, she’s somewhere around 56, 000 followers. If that’s not astonishing enough, she’s being tweeted by some of hip hop’s most known celebrities like Chris Brown and Lil’ Wayne. Some say she’s changing the game of basketball but is this really about an unmatched talent or is she attracting people by her sex appeal. 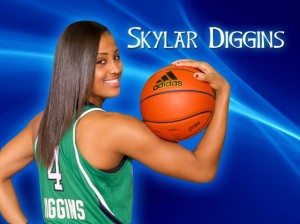 Let’s be real, most college basketball players are just that – athletes. Leaving little time to worry about the superficial things. But Diggins has an amazing beauty about herself that hasn’t been seen in quite sometime. Chris Brown tweeted the hoop-star being sure to comment on her looks:

Even Lil’ Wayne didn’t comment much on her game but lovingly called her his “wife”. The two even shared a flirtatious conversation: 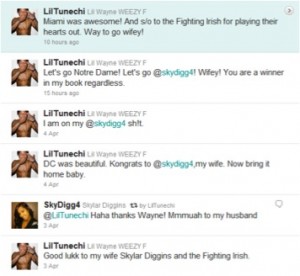 “Everyone always says that nobody watches women’s college basketball, but apparently all it takes is a relatively fresh face, a winner and a school with a great brand like Notre Dame to draw out this emerging star,” said David Carter, executive director of USC’s Sports Business Institute.
Do you agree with Mr. Carter? Do you really think everyone is watching women’s basketball to support the teams? Or is everyone in awe with the beautiful and gorgeous Ms. Diggins?

You be the judge. I’ve got my thoughts…