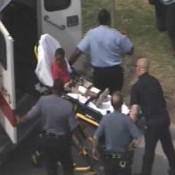 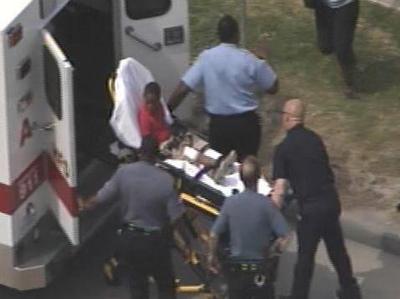 Boy Opens Fire In Crowded Lunchroom With Over 25 Kindergarten Students

Some people just need to be screened before they are able to procreate.

According to The Houston Chronicle

A loaded pistol had dropped from the pants pocket of a 6-year-old male classmate and discharged, slightly injuring him and two other pupils in the legs or feet, officials said.

The three children — believed to have been hit by a single bullet or fragments — were in stable condition, smiling and playing video games, by Tuesday afternoon, said David deLemos, a trauma specialist at Texas Children’s Hospital.

5-year-old, Za’keyah Thomas, had a minor foot injury, while Khoran Brown, 6, said he suffered scratches and bruises on his left leg.

The boy’s parents could not be reached for comment. Officials with Texas Child Protective Services plan to question the family within 24 hours, said agency spokeswoman Gwen Carter.

“It would be a concern about supervision, how a child gained access to a gun and was able to transport it,” she said. “In cases like this, we look to the parents to try to understand what has happened.”

A relative who would only identify herself as an aunt confirmed that the boy had brought a gun to school and still was in the hospital Tuesday evening.

For having a gun on campus, the boy could face a year-long expulsion to an alternative school, according to Houston Independent School District policy.

I’m thankful that the children are okay, but how are you letting your child have access to a gun? How careless can you be?

What do you think readers? What should happen to the parents of the boy?