After working extra hard to get your taxes filed on time I’m sure you’d love a chance to relax and not spend any money (or spend very little)! Each year companies give out tax day deals and I complied a list of the best ones I’ve spotted.

2. Cinnabon: Anyone who stops by between 6 p.m. and 8 p.m. can get two free “cinnamon bites.” If you know how to Tweet, you can also enter the store’s Twitter contest by explaining how “Cinnabon put frosting on a crazy or stressful day you’ve had” in 140 characters or less for a chance to win a $100 Cinnabon gift card. (Follow and tag @CinnabonInc and see taxdaybites.com for details.)

3. Arby’s: The fast food chain is giving away its signature curly fries to kick off tax weekend on Friday, April 15, between 11 a.m. and 10 p.m. Just print the coupon off the company’s Facebook page (www.facebook.com/arbys) and bring it to the restaurant.

4. Bruegger’s: Customers can score a baker’s dozen plus two tubs of cream cheese for $10.40 from April 15 to 18 if you bring in a coupon, available through the bagel chain’s Facebook page (www.facebook.com/brueggers). 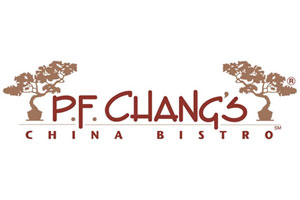 5. P.F. Chang’s: The Chinese restaurant chain is offering a 15 percent discount on all Tax Day orders, which includes dine-in and take-out, with the exception of Happy Hour orders and beverages.

6. McCormick and Schmick’s: The seafood restaurant is celebrating Tax Day for two days, on April 15 and April 18. On Friday, the dining spot will offer an “early filers happy hour,” where you can pick up a $10.40 “tax relief certificate” to put toward dinner. On Monday, the menu will feature entrées and bar specials for $10.40 (plus guests can pick up another $10.40 certificate).

7. IHOP: Every day in April–not just Tax Day itself–children age 12 and under eat for free, as long as their parents purchase an adult entrée. (One free kid meal per adult entrée, between 4 p.m. and 10 p.m.) The kids’ menu features macaroni and cheese, pancakes, cheeseburgers, and other items, and all the meals come in at under 600 calories.

8. Bally Total Fitness: is giving its members free personal training sessions, and non-members can work out at no charge on Monday.

9. DirectTV: along with a handful of other providers, are offering free access to HBO and Cinemax between April 15 and April 18. 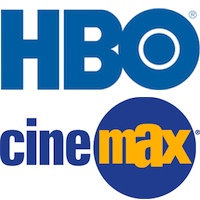 10. Office Depot: The supply store is offering free shredding (up to five pounds) as well as 25 pages of tax document copying at no charge. Just bring in this coupon before April 23.

Be sure to check out your local stores to see if they have anything special as well!

How will you be enjoying your tax day deals?