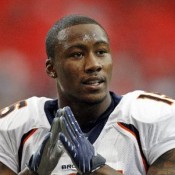 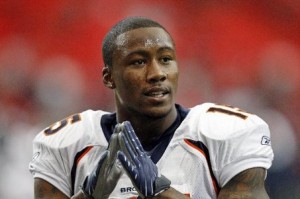 Miami Dolphins Wide Receiver Brandon Marshall was stabbed by his wife, Michi Nagomi-Marshall over the weekend.

Although he told officers that he fell on glass, his wife admitted that she did indeed stab him to protect herself. Now an old story about his abuse of an ex-girlfriend has surfaced.

Ironically, ESPN aired a segment of Outside The Lines in 2009 where they presented several 911 calls as well as an in-depth interview with his ex-girlfriend Rasheedah Watley. In the emotional interview, Rasheedah detailed an extremely abusive relationship with Brandon Marshall. The show presented photographs of cuts, stitches, and bruises on his ex-girlfriend’s body and cited a total of seven police reports in three states and Puerto Rico. Meanwhile, her parents claim they attempted to reach out to his former team but the incidents were swept under the rug. 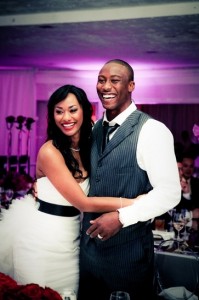 The couple in happier times.

Watch the footage below

Now, my question to you readers is this; with his documented history of abuse why hasn’t anything been done to stop him? Should abusers be given chances at redemption? Or will they always continue the cycle?