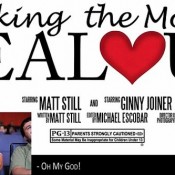 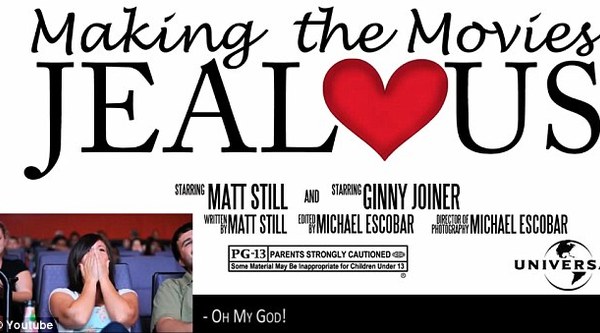 Man Proposes To His Girlfriend In Movie Trailer

Matt Still proposed to girlfriend, Ginny Joiner in a unique movie trailer that has received over 10 million views on Youtube.

Matt revealed that it took a month to create the proposal which included 5-6 days of filming and editing.

After our second date, she told me she felt like she was in a movie and I told her, “we are actually going to make the movies jealous” so that phrase became our relationship theme. The next day after that I woke up and said, “Mom I’m going to marry this girl” and I told her how I was going to propose and that’s exactly what I did. I made a movie trailer of me asking her father for permission to marry his daughter and I did it in a way that it doesn’t show our faces until the end. I actually had the movie played at our local movie theater and her brother took her to the movies (or atleast what she thought she was doing) and the Hangover 2 trailer plays and right after that my trailer comes on and when you watch the video it’s awesome. The guy that helped me with the video, he got her reaction..we had a hidden camera set up in front of her so that you can see her reaction as she’s watching the video.

Ginny reveals that she had no idea what was going on,

“I really didn’t know what was happening until I saw my dad’s face. I knew it was Matt’s voice and I saw their hands and knew it was them but I was turning that into anything but what it really was.”

Watch the video below where Matt asks Ginny’s father for her hand in marriage.

So much for that rooftop proposal that I thought was innovative…..!

Congratulations to the happy couple.

How Did You or Your Significant Other Propose? What Are Some of The Best Marriage Proposals That You’ve Heard Of?