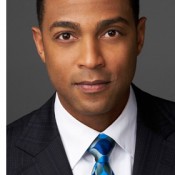 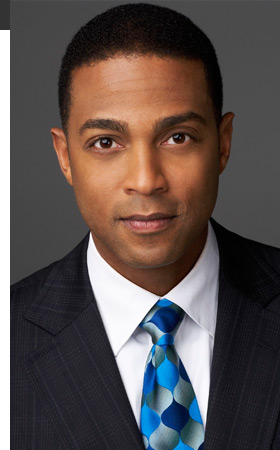 “Black People Think You Can Pray The Gay Away”

Don Lemon, a CNN prime-time anchor revealed his sexuality during an interview with the New York Times. In his upcoming memoir “Transparent” which will be released in June, Lemon reveals that he was molested as a child and born gay.

“People are going to say: ‘Oh, he was molested as a kid and now he is coming out.’ I get it.[…]I’m scared. I’m talking about something that people might shun me for, ostracize me for.”

“It’s quite different for an African-American male. It’s about the worst thing you can be in black culture. You’re taught you have to be a man; you have to be masculine. In the black community they think you can pray the gay away.

You’re afraid that black women will say the same things they do about how black men should be dating black women. I guess this makes me a double minority now.”

“I think it would be great if everybody could be out, but it’s such a personal choice. People have to do it at their own speed. I respect that. I do have to say that the more people who come out, the better it is for everyone, certainly for the Tyler Clementis [the Rutgers student who committed suicide after being outed on the internet] of the world.[…]I abhor hypocrisy. I think if you’re going to be in the business of news, and telling people the truth, of trying to shed light in dark places, then you’ve got to be honest. You’ve got to have the same rules for yourself as you do for everyone else.[…]I think if I had seen more people like me who are out and proud, it wouldn’t have taken me 45 years to say it ….to walk in the truth.”

Lemon also emailed a letter to Monsters & Critics in which he explains how even though he was scared, it was freeing to finally come out to his mother.

I’ve come across many families who have tried to send their child to therapy because they think it will somehow turn them straight. My question to you readers is this-

Do you agree with Lemon’s stance that most black folks think you can pray the “gay” away?