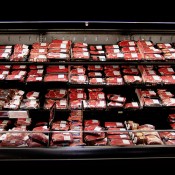 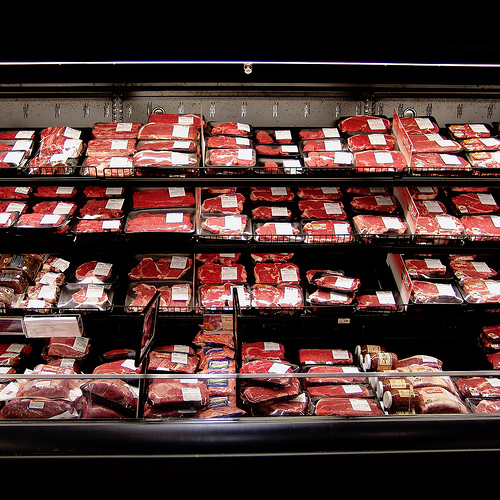 The Thieves Hid The Rib-eye Steaks In Their Pants

Some foolishness just makes me shake my head!

Police in Chickasha, Oklahoma are working an unusual case after a rash of meat thefts from area grocery stores.

According to the police, 39-year-old Dan Beal was hiding meat they say he had stolen from the Chickasha Wal-Mart Super Center in his pants.

Authorities say store security was keeping a close eye on Beal and his companion, 42-year-old Bridgette Pugh, after the two entered the store for the third time that day. They believe the duo has been shoplifting for some time and were often wearing the same clothes each instance.

Investigators say Pugh managed to stuff several rib-eye steaks inside her purse. Beal denied stealing anything, but police say Pugh ratted him out.

“As we’re driving to the jail, she tells me that he stuck them in the front of his pants,” Officer Gillian Rainey said.

Both Pugh and Beal were arrested and are now facing several charges.

I’m thinking that maybe they were planning a BBQ they couldn’t AFFORD? Live within your means people!

What do you think the couple was planning to do with the stolen meat?