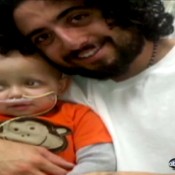 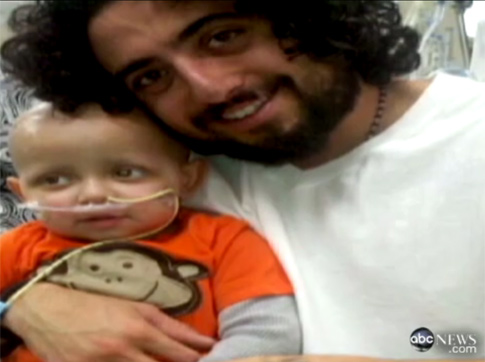 Mike Hyde, 27, was watching his son fade away from him as the doctors tried to cure a stage IV tumor they discovered behind his optic nerve when he was only a year old.  A stage IV tumor means that the cancer has stricken other organs and Hyde’s son, Cash, was dying.

After doctors started an aggressive chemo treatment, the tot lost his appetite and threw up 10 times a day, his dad said. The little boy also suffered septic shock, a stroke and internal hemorrhaging.

The Montana dad went into his personal stash of medical marijuana, boiled it down and added olive oil to make his own treatment of Marijuana Oil.

“In two weeks he was weaned off all the nausea drugs, and he was eating again and sitting up in and laughing,” Hyde said.

Medical marijuana is legal in 16 states and commonly used to treat nausea associated with cancer treatments, as well as glaucoma and other stomach illnesses.

The feds say the drug’s medicinal benefits are all smoke and mirrors and have been cracking down on sellers across the country. Late last month, agents raided a slew of dispensaries across Washington, angering pot advocates.

What lengths would you go to to treat your ailing child? Do you think that Hyde crossed the line, or did what was necessary to save his son?