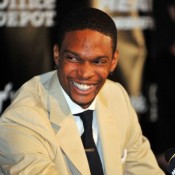 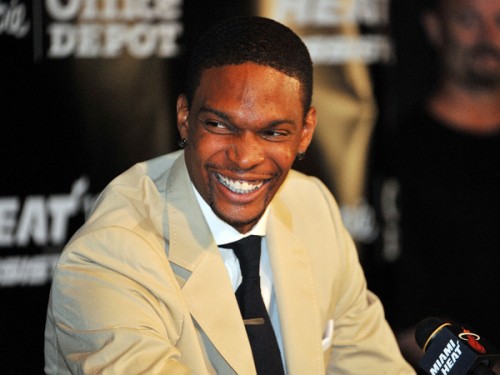 Miami Heat Star Does Not Want Girlfriend Capitalizing On His Fame

Miami Heat power forward Chris Bosh is suing his former girlfriend and the mother of his child for appearing on the television show, “Basketball Wives.” Bosh claimed in a lawsuit, filed Monday, that Allison Mathis and Shed Media are unjustly trying to gain wealth by using his name and intruding into his private affairs.

The suit said that Mathis was hired to be in the show’s third season wants to use the VH1 show to become a star of her own. Bosh wants an injunction to prevent Mathis or Shed Media from trademark infringement by using his name and disclosing private information.

The suit added that despite the show being called “Basketball Wives,” the women featured on the show are not in fact currently married to NBA players, rather they are women who are dating or dated NBA players. The suit also said that Mathis is “attempting to promote her own commercial brand and become a television personality and/or celebrity by exploiting her relationship with the plaintiff.

Well then, I’m sure that this will send a strong message out to all of the ex-girlfriends, ex-wive or baby momma’s of professional athletes.

Do you think that she should be sued? Is this sending out the right message to groupies who try to get fame off of who they sleep with?