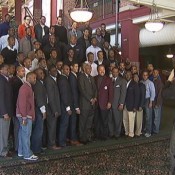 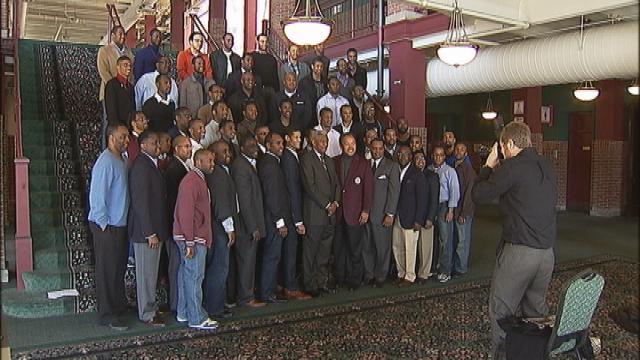 Some of the brothers from my alma mater got the opportunity of a lifetime, thanks to daytime talk’s Queen Bee.

Oprah is Morehouse College’s largest single donor. Her endowment is worth $12 million.

Years ago, Oprah said her goal was to guarantee 100 young men got their college education. So far, there are more than 400 “Sons of Oprah,” each with an impressive resume.

Led by some of the first Oprah scholarship recipients, her Morehouse Men are signing a pledge to raise money for a scholarship of their own.“This gave me an opportunity; I want to help the people who come behind me to do the same thing,” Morehouse junior Shawn Teasley said.

Wall Street’s Shaka Rasheed, who now manages billions of dollars, was another recipient. He came to Morehouse with a father in prison and a mother raising three sisters in the inner city.

“I knew walking in I didn’t have the money to pay for it. Receiving the scholarship made it possible for me to be a great student,” Rasheed said.

Oprah’s example has touched each of the men and though many have achieved financial, professional and personal success, they have not forgotten how it felt before Oprah’s “light” came into their lives. “It was difficult at times not knowing if you will be able to realize the fullness of your potential because you didn’t have the money. But it worked out,” Rasheed said.

In less than a month, Oprah’s “sons” have raised nearly $400,000 for Morehouse scholarships.

Kudos to these OUTSTANDING students and alums from Morehouse!