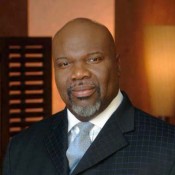 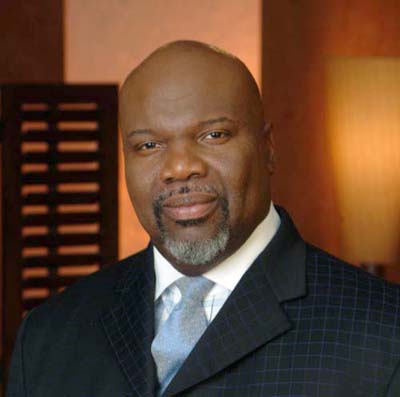 In the romantic comedy, two families from two different socioeconomic levels merge because their son and daughter have taken a vow of abstinence and, after a six-month dating period, are headed toward marriage. As two family cultures collide, communication breaks down and the planned marriage almost collapses.

“Jumping The Broom”—drew a staggering $15.3 million at the box office in 2,035 theaters, eclipsing the romantic comedy SOMETHING BORROWED and landing squarely as the weekend’s no. 3 movie and its no. 1 comedy.

This is the third movie from TDJE and the second under Jakes’ first-look contract with Sony Pictures. “I have known T.D. Jakes some 20 years, first in book publishing and now in film,” Michael Lynton, chairman and CEO of Sony Pictures Entertainment, said. “He never ceases to amaze me with his ability to succeed in every forum of media. It is a privilege and an honor to share this success with him in the film business.”

“I’ve learned that people don’t go out on Friday night for a sermon at the theater—and yet there are opportunities to lace entertainment with things all Christians recognize: like forgiveness, prayer, and struggle with temptation,” Jakes said.

“Jumping The Broom,” also ventured into abstinence before marriage. I think that this was a very encourging film to watch for couples struggling to keep their sanctity before marriage. It also teaches our children that you can remain pure and find happiness.

I’d recommend this movie to my readers, it’s a great film you can enjoy with the family.

Do you think that “Jumping The Broom” will cross audiences?