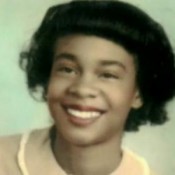 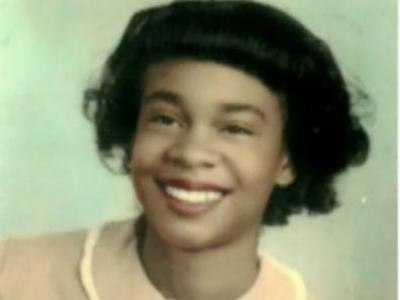 Burlyce Logan, was one of 11 black students to integrate UNT and is just now receiving her degree-55 years later..

Nigga go home, pigs before nigs, burheads go home, go back to Africa –I had never heard those things before, you know?” she said.

Just walking to class was a challenge.

Logan said she had, “rocks thrown at me and being shoved in the street and being talked to like a dog.”

The final straw was the faculty, which didn’t seem to want her in school any more than most of the all-white student body.

She received failing grades in courses she knew she was passing.

She moved to California, married and had three children before beginning a journey that would take her to several other states.

While she had let her experiences at UNT go, Logan never forgot about her desire to get a college diploma.

In 1997, Logan told her husband she wanted to get her degree and she wanted it from UNT, but the couple was living in Oregon at the time.

Shortly after 9/11, she landed a job at UNT and re-enrolled in classes.

On Saturday, she will graduate with a 3.1 grade point average and a bachelor’s degree in public affairs and community service.

There are some new buildings from when Logan originally enrolled as a freshman in 1956. While UNT is the same campus, it’s just different world now.

Logan’s enthusiasm for learning is so great that even at 73 years old, she’ll be back next semester.

Logan is the third of the 11 black students who enrolled in 1956 to receive a degree from UNT. The university’s president plans to recognize Logan publicly during commencement.

Congrats to Burlyce Logan for finally getting her degree!

Have you ever started something and wished that you completed it? Would you consider finishing the task now?