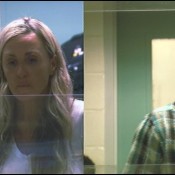 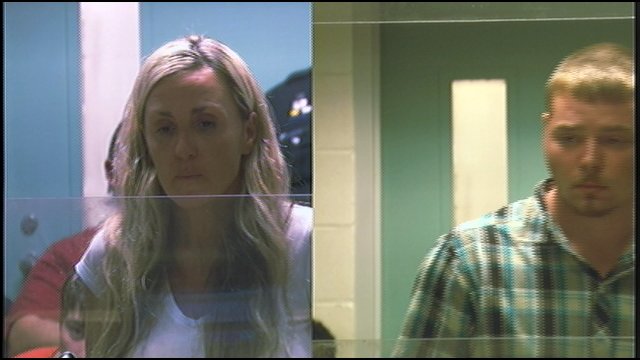 Parents Have a History of Endangering Their Infant

Police say a couple left their infant child in a hot car, while they went into a strip club and drank.

Both parents have spent some time behind bars in the recent past for incidents involving the same child.

The father even had a house arrest ankle bracelet on at the time of his arrest Tuesday night.

And the mom was familiar with the club; WHAS11 is told that’s where she used to work.

Police sped to the parking lot just before 11 p.m. Tuesday night, after receiving a call indicating an infant was left alone in a hot car in the Deja Vu strip club parking lot.

“They felt that the child had been there at least 15 or 20 minutes at that point,” said Louisville Metro Police Spokesperson Dwight Mitchell.

He said that the National Weather Service advised officers that the heat index at the time was 91 degrees.

The infant’s mother, Laura Diprimo, reportedly ran outside and tried to roll down the car windows after police arrived.

She and the boy’s father, Thomas Lee, were charged with felony wanton endangerment.

Police say both had been drinking.

Lee was wearing a home incarceration ankle bracelet for a prior conviction.

“We had a situation where a child died in a hot car. It was just mid 70s,” said Lucy Lee, Executive Director of ECHO, a local non-profit organization that helps exploited, neglected and abused children.

WHAS11 discovered that last night’s incident is not the first time the same child may have been endangered. Back in November, Lee was arrested after allegedly abducting the then 10-month-old child and refusing to tell police his whereabouts.

Diprimo was arrested just last month after allegedly driving home from work at the strip club drunk on the 2nd Street Bridge with the boy in the car.

She told the officer she had been drinking at work before picking up the child from a babysitter. The boy is now with Diprimo’s brother’s girlfriend, who told WHAS11 the couple has had a longtime dysfunctional relationship.

“He’s 27; she’s in her 40’s. So that tells you a big thing. He’s still wanting to party and all that and she’s trying to settle down and he ain’t ready for that,” she said.