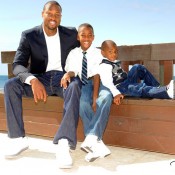 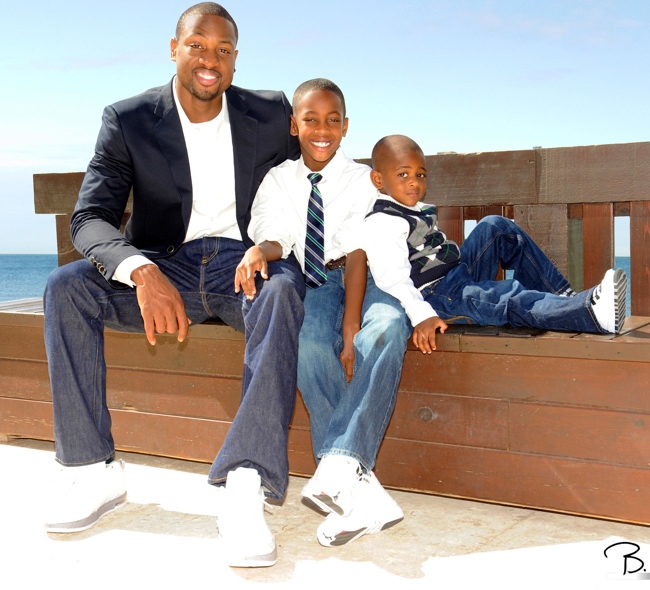 There are a few words that come to mind when I think about the past couple years of my life: challenging, rewarding, transformative—they roll off the tip of my tongue in an instant. In the span of a year my two good friends LeBron James and Chris Bosh joined me on the Miami Heat, I struggled through a painful, public divorce, and I became the full-time parent to my two young sons, Zaire and Zion.

I’ve had some ups and downs lately, but the memories of the unpleasant times disappear quickly, in part because of moments like the one recently when I was able to surprise my younger son, Zion, at his school with cupcakes for his fourth birthday. It was the day after we’d won the Eastern Conference finals, but that victory couldn’t compare with the huge smile on Zion’s face at that moment. I will never forget it. Bad memories vanish each morning when I walk into both of my sons’ bedrooms to wake them up for school—their laughter gives me all I need to face whatever is happening in my life. Not too long ago, due to custody issues, I wasn’t allowed to see my sons for long periods of time, or was given the chance to see them for only a few hours with no idea of if or when I’d see them again. I can’t describe how trying those days were, fighting for full custody while also working as a professional basketball player nine months of the year. I just knew I wanted to be with my kids.

I was seriously motivated to be a full-time parent for my sons. My mother and father weren’t together when I was a kid growing up in Chicago, and early on my mother fell victim to drug abuse. At 9 years old, I moved in with my father because my mother could no longer care for me. Looking back, I now see so many similarities between my own childhood and that of my sons. My father stepped in when I needed him, and that gave me the chance for a better life. That’s what I’m doing for my boys now.

All children need their fathers, but boys especially need fathers to teach them how to be men. I remember wanting that so badly before I went to live with my dad. I wanted someone to teach me how to tie a tie and walk the walk, things only a man can teach a boy. Of course, back then, I never could have imagined being in the same situation someday with my own kids. My dad and I bumped heads a lot—we were so alike, both of us born competitors. My older son, Zaire, is exactly the same way. We’ll battle on the court when I’m 39 and he’s 19. He’s 9 now, and he’s grown up with basketball. Zion could take it or leave it, which is cool by me.

Today, I constantly tell my dad how much I appreciate what he did for me. I think you really have to become a parent to understand what you will endure to be there for your kids. I could say I was surprised at the criticism I received for traveling from Miami to Chicago so often during the regular season for my custody court cases, but nothing really surprises me anymore. I had a duty to fight to be with my kids, and I did it.

Thankfully, I’ve gotten a lot of support from my mother, sister, and others in taking care of my boys and making their new living arrangements a smooth and happy transition. Going forward, I want my sons to have a healthy relationship with their mother, and that’s something we’re working on. I hope to have a great relationship with her one day too, because I know how much it meant to me to see my parents get along as time went on.

I can’t say what we’ll do for Father’s Day, because since my sons came to live with me about two months ago, every day has been like Father’s Day. I just want people—men, and men of color in particular—to hear my story and know that their children need them and that it’s their responsibility to be there for them. We have to step up as men and do our part. There are no excuses.

Full custody is usually only awarded to fathers in extenuating circumstances. Wade is doing the right thing by his sons. I’m hoping that you will share this letter with the men in your lives, who may need a little reminder of how precious their children are and why having a father matters.