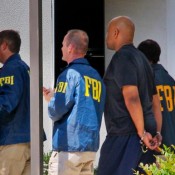 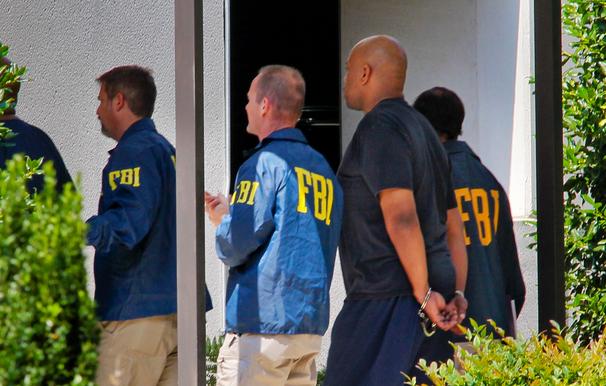 Four Fulton County Jail workers have been arrested by the FBI on Thursday morning. The workers included a sheriff’s deputy, detention officers and a civilian jail medical employee.

Chief jailer Dennis Nelson confirmed to Channel 2 that the FBI opened an investigation into relationships between certain jail officers or deputies and inmates in the jail before he left the jail in October. Nelson said employees were suspected in contraband smuggling. He said he had undertaken an aggressive shakedown policy and other steps to curb it.

Contraband issues also came to light after, police said, an inmate was shot by another inmate at the jail June 21. Investigators said it happened on the seventh floor maximum security wing of the jail, where physical contact is not allowed between inmates and visitors.After the shooting, corrections officers found a five-shot Derringer pistol stuffed inside a toilet paper roll and hidden behind a ceiling panel. They also found nearly 20 illegal cellphones, charging devices and zippered plastic bags full of marijuana.

Every time I hear about this type of stuff I remember Denzel Washington’s award winning role in “Training Day .” I honestly believe that most civil servant employees care about the well-being of the people they’re served to protect..but there’s always a few rotten apples in the bunch.

What do you think about corrupt officers of the law?