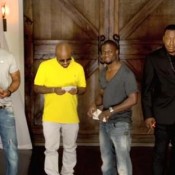 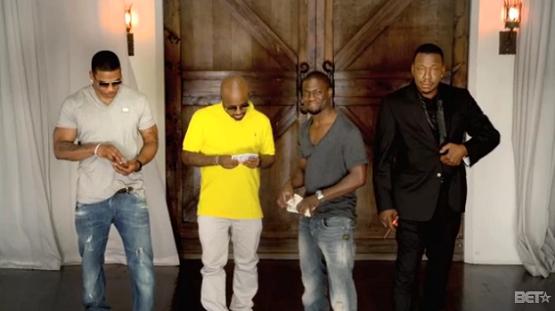 Kevin Hart received most of the heat during the show. Nelly accused Hart of being “on the juice” as he threw a drink in his face, while Nick Cannon flipped out after seeing a gigantic “Mariah” tattoo across Hart’s back.

Fans took to their Twitter and Facebook accounts to pressure BET to make the spoof a reality. Considering that the skits are pretty hilarious, I definitely think that it would be a hit. Are we ready to see male versions of Nene, Kandi, Sheree, Evelyn…etc? What do you think? Would you tune into the show?