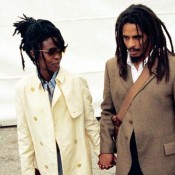 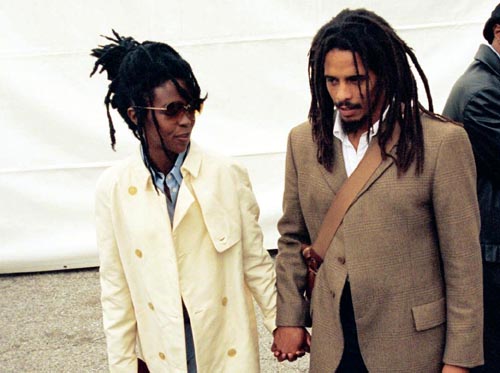 After all these years of being a recluse, seems that the cookies are crumbling for Miss Lauryn Hill.

Soon after Lauryn Hill announced that she is pregnant with her sixth child, Rohan Marley took to Twitter to state that he was not the father (Maury Povich style!). Hip-Hop Wired tweeted a link to their story announcing Hill’s pregnancy. Soon after, a tweet from @RoMarley, replied, “2 things, I’m not married and I don’t have anyone expecting anything.” 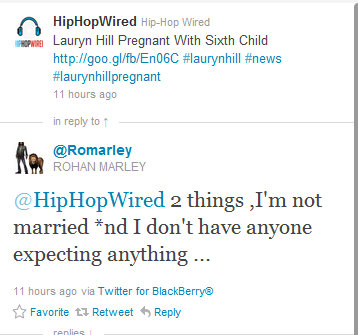 The Rohan Marley Twitter account is verified, so we’re going to assume that it’s really him. As far as the baby not being his, a Clutch Magazine writer by the name of @BritniDWrites engaged him in further conversation. She tweeted to him, “so we are clear: 1) you’re not married to your ex-wife or Lauryn, and 2) she isn’t preggo w/your child, but someone else’s?”

His response was a vague, “That is correct until I say out of my mouth to the contrary.”

The writer replied, “Ok. I’ll take it. But you do realize that the ‘until I say something contrary’ addendum cast doubt on your statement.”

The last thing Marley tweeted her was, “trust me, the info out there is so incorrect for so many years…Thx for twitter. I check a few things.”

Hill and Rohan have five children together and it seemed the likely assumption that he would father her sixth. However, since he now claims they were never married….I’m a little confused about the whole thing.

Who could possibly be the father of her unborn baby? Let me know your ideas!