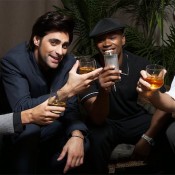 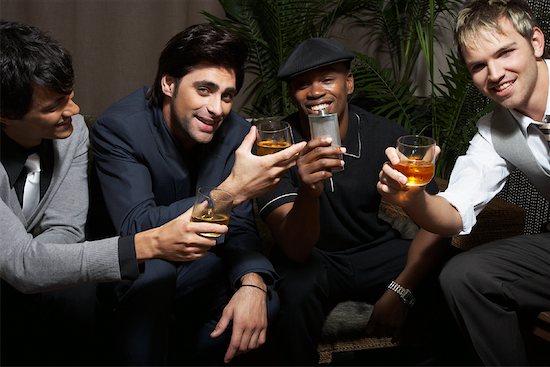 Toast To A New Beginning

Throughout our lives, we all experience break ups; some good, some bad. I’ve always wondered why so many relationships have to end badly for some people. It would seem to me that if you have come to the decision that the relationship is irreconcilable, wouldn’t you want to walk away on good terms, stress free, and move on?

Jazmine Sullivan, an R&B musician has a song called “Bust Your Windows”. The premise is essentially a woman who has been mistreated by her boyfriend. As a final straw, she damages his car in an attempt to hurt his feelings. At the end of the song she asks “Why am I still crying? Why am I the one who’s still crying?” Moral of the story: trying to get back at the former significant other doesn’t make you feel better! At some point, if the relationship truly isn’t destined to be you have to let it go.

How do you let it go? This may sound crazy, but celebrate the split. Go buy some shoes, a new car, go on a trip! Do something fun, new and exciting. Get a tattoo! That’s what Jacqui Moore, 41, did to celebrate her divorce from her husband of 7 years. Oh, but she didn’t just stop at one, two, not even 3 tattoos. Jacqui has gotten 85% of her body tattooed. And who is the tattoo artist? Her new “boytoy” and tattooist Andreas Moore, affectionately called ‘Curly’.
Just her left armpit, half her right leg and most of her face has been left uncovered. But according to reports, she hopes to complete the tattoo by getting the final 15% of her body inked next Spring. 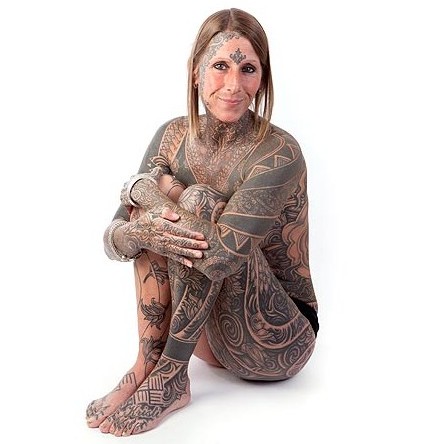 “I went to get a new tattoo to symbolize my freedom and the new chapter in my life. When I got to the parlor I met Curly and we fell in love and he has been tattooing me since. Lots of people treat me differently: some are very nice, while I get a lot of funny looks from other people. Some people even tell me I look disgusting. But I am proud of my body – I see it as a work of art. My eldest says she is not too keen on it but she has two tattoos herself, so she can’t object that much.”

But you don’t have to be a daredevil like Jacqui. You can do anything that makes you happy, keeps you healthy, and makes you get over your failed relationship in a smart, conscience-building way.

1. Lose all communication with the former love. It is important to let time heal the wound. Let the process take it’s course. As much as we’d all like to think we can be friends with our exes that’s probably the hardest thing one can do! I am not saying it won’t happen, but give it time. This also means stop talking to his little sister or sending his mom mother’s day cards. I know it sucks because they’re like family, but you gotta stop! However long your relationship was, it may take that much time for you to fully get over it. So be prepared for the long road ahead.
2. Get rid of everything that reminds you of your ex. Why are you still wearing his t-shirt to bed? It still smells like him, right? It still makes you think of him, right? Then throw it away! Mail it back! Whatever! Just get it out!
3. Do something fun. Call on your friends to the rescue. Don’t allow yourself to find your ex on Facebook to see what he’s been doing or if they are talking to someone new. Do all the things you fear he/she might be doing. Go out on dates (but don’t look for a replacement). Enjoy the company of other people. Take advantage of the opportunity you haven’t had in a while and just learn what single life is all about –spontaneous fun!
4. Learn to forgive. That’s so important in the healing process. If you walk around harboring that hurt, you are stressing yourself. It’s important to forgive the one who hurt you so that you can have successful and future relationships.
5. Break up with HIM, not your life. A lot of people say they “Can’t go to that restaurant anymore because it reminds me of him.” Or “I can’t move to that part of town because I heard he is living there with his new chick.” Let me ask you something: Does he own that restaurant? Is he the mayor of that city? GIRL, if you don’t move on with your life and keep on living! DON’T LET THE EX RULE THE WORLD!!
6. Stop looking for a replacement. The best way to satisfy exes is to try and replace them. By replacing them, you’re comparing the new kid on the block to him. That’s not fair to the new guy, and that’s not really you moving on. That’s you moving over. I always say, love comes when you’re not looking for it. So stop trying to be Cupid for yourself and fall in love with life. Just be you, be happy!
7. Learn from the relationship. Everything that happens in our lives in an opportunity to grow and learn something about ourselves and about how we interact with others. Make sure you didn’t waste your time on that relationship by acknowledging what you learned from it. It can make a world of a difference for the next one.