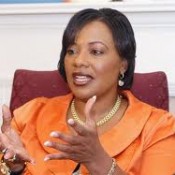 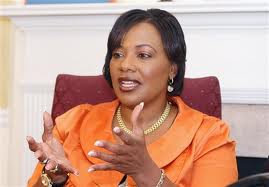 Teachers, “Held To A Higher Standard.”

The daughter of Martin Luther King Jr., Bernice King, is the latest to share her outrage publicly – against the more than 100 Atlanta Public School teachers involved in the cheating scandal.

King laments that their need to be some type of consequences for the teachers involved.

“You have to have consequences when people cheat our children because at the end of the day, [our children] don’t get a second chance,” King said.

King also warns that the accused educators can’t use excuses because teacher’s are, “held to a higher standard.”

The Atlanta Public School district stunned the nation when a 2009 investigation of exam results implicated 178 educators at almost 80 percent of 56 elementary and middle schools of helping students cheat on tests.

Hall told WXIA TV on camera Wednesday that she “absolutely knew nothing about the cheating.”

This thing keeps growing by the day, I’m hoping that the children involved will be able to recover from the gross injustice that they’ve been served. Atlanta Public Schools NEEDS to do better!

What type of consequences should be issued to the involved teachers?